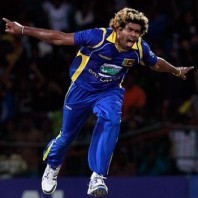 The Lankan Lions beat Pakistan with another furious bowling spell by Lasith Malinga and a superb ton by Lahiru Thrimmane well assisted by Mahela Jayawardene.

The Green Shirts scored 260 after losing half of their side in 50 overs and the islanders amassed 261 for the loss of five wickets and 22 balls to spare.

Lasith Malinga (Sri Lanka) was declared ‘Player of the match’ for his devastating bowling figures of 5-56.

Lahiru Thirimanne (Sri Lanka) was announced ‘Player of the series’ for his excellent batting in the tournament.

The final of the Asia Cup was played on Saturday, March 8, 2014, at Shere Bangla National Stadium. 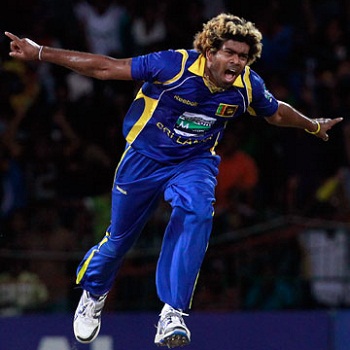 Earlier, Misbah-ul-Haq won the toss for his team and elected to bat first. The decision hit back when Lasith Malinga penetrated through their top order by taking three quick wickets. They were reeling at 3-18 in 4.3 overs when the skipper found himself in the middle with Fawad Alam. The repair work was started by the two batsmen and the score went past the hundred runs mark with the 37th ODI fifty from Misbah-ul-Haq. Fawad Alam was dropped at 41, he got his fifty in the 33rd over and the association was disturbed at 140 when the Misbah-ul-Haq was gone for 65.

Umar Akmal walked in next and picked up the run rate instantly with his partner. Fawad Alam got a life again at 92 and he blasted his maiden ODI hundred with a big six over midwicket. Umar Akmal dispatched his 19th ODI half century with a boundary and shared 115 runs partnership for the fifth wicket. He was dismissed for 59 and Fawad Alam remained unbeaten for 114 off 134 with 3 lofty sixes and 8 fours as the Green Shirts piled up 5-260 in 50 overs.

Lasith Malinga was the star of the day with five wickets whereas no other bowler earned any wicket.

Kusal Perera and Lahiru Thirimanne took off smartly for the Lankan Lions by scoring 44 in 9 overs. The first was dropped at 32 by Sharjeel Khan but was stumped smartly by Umar Akmal off Saeed Ajmal for 42. Kumar Sangakkara was declared leg before wicket on the very next ball for a duck and was replaced by Mahela Jayawardene. The batsmen displayed professionalism against the powerful bowling of the rival team and kept on cruising at will.

Thirimanne attained his fifty in the 23rd over and Jayawardene followed him with his 71st half century in the process. The latter was dropped at 52 and became the next victim at 212 for a solid 75. Lahiru Thirimanne continued with his determined innings and smashed his third ODI century in the 44th over. He was the fifth batsman who went back to the pavilion for 101 off 108 with 13 fours. Angelo Mathews, the captain of the Lankan Lions, hit the winning runs and stood firm at his crease for 16 as his team hammered 5-261 in 46.2 overs.

Saeed Ajmal was the top wicket taker with three whereas Junaid Khan and Mohammad Talha shared one each.

Sri Lanka grabbed the important game with a margin of five wickets and lifted the Asia Cup 2014.