Lady luck kept away from the hosts Bangladesh even in the low scoring last pool game of the tournament vs. Sri Lanka who maintained their unbeaten record.

The Bengal Tigers were restricted to 204 for the loss of nine wickets in 50 overs and the Lankan Lions achieved the target by powering 208 with three wickets in hand and six balls to spare.

Angelo Mathews, the skipper of Sri Lanka, was declared ‘Player of the match’ for his unbeaten knock of 74 runs.

The 10th match of the Asia Cup was played on Thursday, March 6, 2014, at Shere Bangla National Stadium, Mirpur.

Earlier, Mushfiqur Rahim won the toss for the home side and elected to bat first on a smooth looking surface. Anamul Haque and Shamsur Rahman provided their side a great beginning by scoring 74 runs in 18.2 overs. The latter was held leg before wicket off Ajantha Mendis for 39 but the next two wickets fell with the addition of 13 runs to the total. Anamul Haque followed his partner at 106 for 49 and the Bangladeshi batsmen went back to their shells. The run rate was kept under check by the rival bowlers and the wickets kept on falling at regular intervals. Nasir Hossain and Mahmudullah scored 30 runs each as the hosts reached 9-204 in 50 overs.

The Islanders started their innings in a complete mess by losing three top order batsmen for eight mere runs. Ashan Priyanjan joined in with Lahiru Thirimanne and they took the score to 47 when the first was gone for 24. The latter departed at 75 for 33 as Ashan Priyanjan along with Angelo Mathews got together in the middle. The duo kept on enhancing the score and the boundaries were witnessed in between the overs. The partnership was dislodged at 157 when de Silva became the next victim for 44. Mathews did not give up, attained his 18th ODI fifty in the process and hit the winning four on the last delivery of the 49th over. He remained unbeaten for 74 as the Lankan Lions thrashed 208 after losing seven wickets.

Al-Amin Hossain was the highest wicket taker with two whereas Ziaur Rahman, Arafat Sunny and Mahmudullah got one wicket each.

Sri Lanka triumphed in their last pool match with a margin of three wickets and placed themselves on top of the table with 17 points. 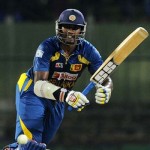 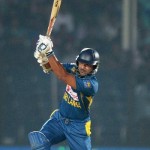 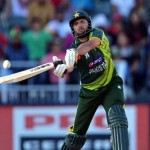