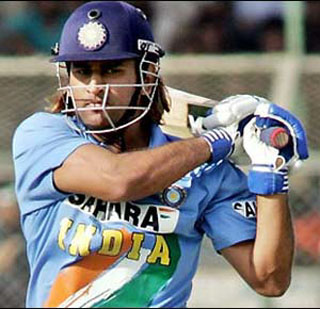 The first Test between Australia and India will commence on the Boxing Day of 2011, at the historic Melbourne Cricket Ground. There are numerous interests of the teams, the players and quite a few dreams and expectations in the minds including even the most neutral of cricket lovers across the globe. We will take in account the milestones, performances and expectations being anticipated from different corners of both teams.

MS Dhoni has a lot of expectations from Australian Tour

The ambitious Captain of India will be looking forward for an impact in the series by winning the first Test. He is anticipating a series victory for the first time in Indian history against the Kangaroos in their homeland. The 30-year old will definitely try to lead them from the front by carrying on his individual batting performance against West Indies, and his much acclaimed charismatic leadership. Dhoni scored 165 runs in the series at an average of 41.25 with the best of 144 which comprised 11 catches and three stumping.

The thrilling Captain of Australia will foresee winning the inaugural Test and he expressed this desire on the occasion of Christmas by saying, “All I want for Christmas is to beat India in this first Test match.”
Clarke has taken over the captaincy after their prominent leader Ricky Ponting stepped down from the leadership once World Cup 2011 concluded.

The Kangaroos won the Test series against Sri Lanka 1-0 and leveled the series against South Africa and the visiting New Zealand 1-1 in his captaincy. He thrashed tons against all three nations and would certainly hope to continue with the same form throughout the series while maintaining the Australian home record intact.

The little master will be having sleepless nights before he achieves the unique mile stone in the history of international cricket by smashing his 100th hundred. He is the main threat for the home side as he secures the best average of 60.59 against them while playing 31 matches, 3151 runs, the best of which is an unbeaten 241 comprising 11 centuries and 13 fifties. All eyes will be focused on him to capture the world record, whereas Clarke is determined to prevent the master blaster show off his tricks in this series.

He is the second highest run accumulator in the Test cricket by dispatching 13094 runs and will try to enhance the present tally by adding useful score in the series. The 38-year-old might be having a last trip to that part of the world and try his best to prove a difficult customer for the Kangaroos.

He is among one of the most successful batsmen of Australia and holds a proud position in the all time greats by thrashing 12656 runs. He is going through a lean and patchy period at the moment and facing tremendous pressure from different stakeholders. The enigmatic and experienced player will try to prove his class once again at his home grounds by surpassing his previous best innings of 257 runs against the same opponent way back in 2003 at Melbourne.

He is the best fast bowler of India at the moment and is making a comeback in the series after fitness problems. He has grabbed 46 wickets against the hosts which is his highest against any other country. The left arm seamer has already set high standards to deliver his best in the series.

Australia will bank on their young pace attack of which includes the sensational James Pattinson who has rocked the cricket world by clinching 14 wickets in just 2 Tests through his sheer pace and swing. Shaun Marsh, David Warner and Ed Cowan will be warming their hands eagerly to shower the runs from their wooden blades.

The Indian magical spin duo of Ravichandran Ashwin and Pragyan Ojha will be anxious to show their tricks to the Kangaroo batsmen.