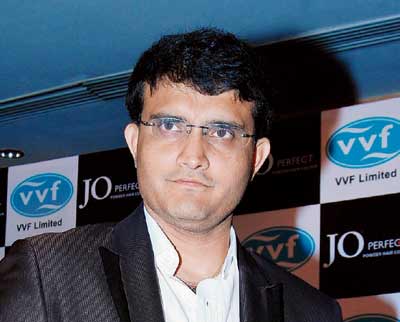 The ex-Captain of India, Sourav Ganguly has warned his national team that coming back to the form of Ricky Ponting will be a warning for them in rest of the series.

Ponting thrashed 134 runs in the first innings of Australia at Sydney Cricket Ground on January 4, 2012, and put a seal on the lips of his critics who have been demanding his ouster from the game. The most successful Captain of Australia had a lean patch for quite some time and was unable to score a century for nearly two years. He smashed 209 runs in the third Test against Pakistan on January 14, 2010, at Bellerive Oval, Hobart. The 37 – year- old appeared in 33 innings after that and his highest score of 89 runs was achieved in the same match.

Ponting faced lot of criticism during two years and stepped down from the Captaincy after his team’s dismal performance in the ICC Cricket World Cup 2011. He tried to make some changes in his game plans which started paying back dividends from the Test series against South Africa.

The right hand batsman scored 62 runs in the second Test at Johannesburg, in November, 2011, and followed up with 78 in early December , 2011, against the visiting New Zealand. He started gearing up in the first Test against India at Melbourne and posted 62 and 60 runs in the last week of December.

Ponting gave maturity to his innings in the second Test at Sydney by dispatching 134 runs and contributed 288 runs for the fourth wicket with his Captain Michael Clarke. Ganguly was impressed by the ton of Ponting and reckoned him as a threat for India by commenting,

“His footwork has gone through a massive change. I was surprised when watching him on TV in the Hobart Test from my drawing room in Kolkata. He batted well in Melbourne, but looked so assured at the SCG. He has grown in confidence and that is not a good news for India.”

Ganguly has played 113 Tests for India, scored 7212 runs at an average of 42.17, the best of 239 runs with 16 centuries and 35 fifties. He led his country from the front and assisted them with quite a few victories by his individual performance. He knows well the feelings of a great batsman like Ponting who has come out of his poor form. Ganguly described his emotions as “Ponting is a class act and he will be relieved. It was written all over his face. There is nothing more satisfying for a batsman than when he performs under pressure – no matter who he is.”

Ganguly is not the only player who has rated Ponting high after his brilliant knock at Sydney, earlier the great all rounder and another ex-Captain of India, Kapil Dev had almost same comments about the great Aussie batsman. He suggested the Indian team well before the start of the series to target Ponting and they can get hold of Australia subject to the early exit of the master batsman in each game.