The whole Indian team appears to be charged ahead of their clash against the Hosts Australia as they want to create history by clinching the Test series for the first time. 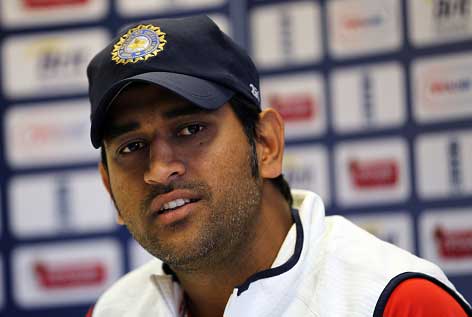 They have proved their superiority in the recently concluded three Test series against West Indies by winning 2-0 which was followed by an empathetic 4-1 victory in One Day Internationals.

The Indian Captain MS Dhoni has full faith in his well equipped fighting brigade which can do wonders in the forthcoming battle of power. Indian team is a blend of experience and youth since they have emerged as a strong winning unit. Dhoni was convinced to produce positive results by expressing,

“I think it looks like a good pack. We need to do well on the field rather than looking at it as to how we look on paper. I think talent wise we are there. We have a good exposure for the youngsters who are part of the side now touring Australia.”

We will highlight the previous tour of India which was conducted in 2007-08 and their performance.

India played four Tests under the leadership of Anil Kumble while Ricky Ponting was the Captain of Australia, the home side won the series 2-1 as one Test was drawn.

The first Test was played from December 26-29, 2007, at Melbourne Cricket Ground.

The Second Test was held at Sydney Cricket Ground from January 2-6, 2011.

Sehwag secured the top average of 71.50, the best of 151 runs with one fifty while smashing 286 runs in just two matches.
Tendulkar was the highest run scorer by thrashing 493 runs at an excellent average of 70.42, the best of unbeaten 154 runs with two centuries and even fifties.

All four of them are a part of the strong outfit and will be eager to enhance their previous record.

India has never won a Test series against the Kangaroos at their home but the confident unit under the leadership of Dhoni believes this is the best time to create history.