Thousands of pages and millions of words are not enough to describe the elevation of Sachin Tendulkar, but could conclusively be called as the ‘face of modern cricket.’ 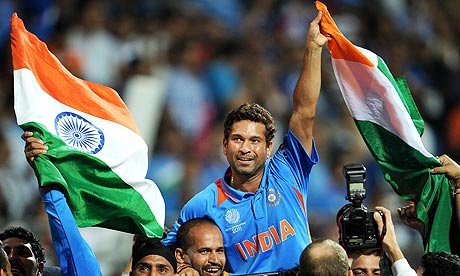 Even he has turn 38, and his quintessential romance with the game has entered into twenty-third year but is the most glorified cricketer in the world yet.

His physical alertness, perfect technique, wisdom, humility, patience, sagacious vision and consistency in longevity are the characteristics which starkly differentiate him from other batsmen on planet.

He is exceptionally professional in his approach, the only one cricketer whose veracity has never ever been questioned.

He has had an uncanny ability to come out on top under different circumstances and under different conditions in both one-day International and Test cricket. Young cricketers have injected much needed sanguinity and vigor by performing magnificently under pressure.

He was born with spendthrift natural talent, but he was also driven and remorseless and for nearly a decade, he was an embodiment for consistency, a relentless plunderer of runs who could also embezzle an attack with the frame of mind. 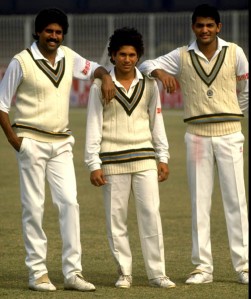 In the first test he just made 15 runs, being bowled by young Waqar Younis, who also made his debut in that match. Even though he just made 15 his handling of Pakistan bowling attack was well appraised.

When he was dismissed for duck on one-day debut against Pakistan in Karachi in 1989 at 16 before felling for 15 in preceding Test debut, no one can envisage that the teen sensation will be memorized with the aliases of little master, master blaster, and God of cricket in future.

But the infant taciturn enthralled the folks shortly with strings of promising performances. In this journey he never looked back again and scaled to such unreachable heights which are far beyond from the invigoration of any other batsman yet, and probably would ever be. 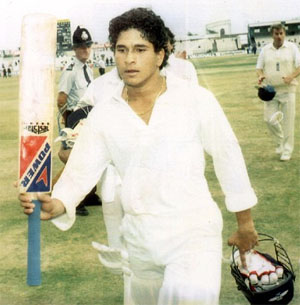 His maiden Test ton, a match-saving 119 at Old Trafford against England in 1990, came when he was just 17. He became the 2nd youngest cricketer to score a test century.

Including game’s leading run-getter, centurion and half-centurion in the two most pre-dominant formats of the sport, the first man to score a double-ton in a one-dayer, only player to score two or more centuries against each of the other nine Test playing nations,

Despite of been an outstanding cricketer Tendulkar’s two short tenures as skipper of the national side between 1996-1997 were not very successful and he was liable to led India back-to-back humiliating series defeats both at home and abroad.

The turn of the century cameIndia’s dominance after below par pasts during Tendulkar’s venture in the crest of his career. He led the role as batting bastion and raised his nation towards the pinnacle of Test rankings. He was named the 2010 International Cricket Council (ICC) Cricketer of the Year.

Sachin Tendulkar at The World Cups

His first world cup in which he averaged 41.33 in six games. An unbeaten half-century (54) against Pakistan helped India win and earned him man of the match award. He played 81-run knock to collect another MoM award against Zimbabwe, and scored 84 against New Zealand.

Sachin scored fifties in five of seven matches he played. Was MoM twice and the tournament’s highest run getter (523).

Missed some games due to the death of father but scored unbeaten 140 against Kenya.

Average 61.18. Collected three MOM awards and player of the tournament award with 673 runs and. Played a superb innings of 98 against Pakistan.

Made seven against Bangladesh and 57 against Bermuda.

Scored tons against England (120), and South Africa (111), managed 53 againstAustralia and 85 against Pakistan in the semifinal.

Is Tendulkar the greatest batsman ever?

Some people rank the master blaster next to Australian great Don Bradman and West Indian Viv Richards and his compatriot Sunil Gavaskar but he not likes his comparison with any other batsman. 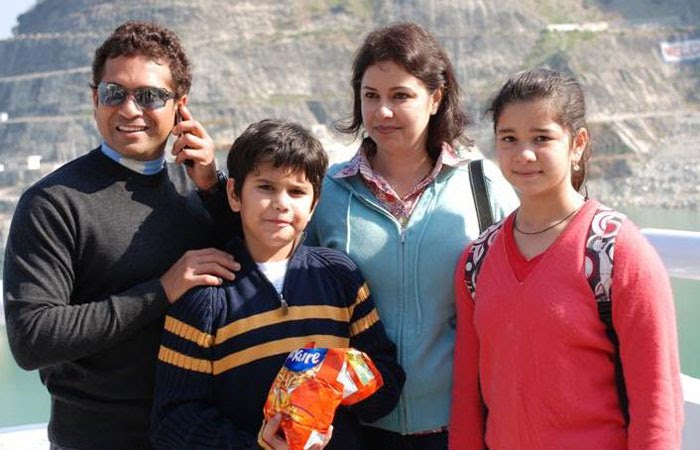 Sachin Tendulkar is married to Anjali, a paediatrician. They have two children, Sara (born 12 October 1997), and Arjun (born 24 September 1999).