Australia conceded consecutive white wash in away series within last six months. England defeated them 4-0 in the summer of 2011, which is followed by the recent debacle against Australia.

The Kangaroos posted a huge total of 604 runs with three wickets in hand while appearing in their first innings and India managed 272 runs before they were bowled out.

The home side set a target of 500 runs for the visistors to win the match after they declared their second innings at 167 runs for the loss of five wickets. The visitors were sent back to the pavilion on 201 runs as the match and series was lost completely.

The fourth and final Test came to an end on January 28th, 2012, at Adelaide Oval.

Earlier India commenced their innings at 166 runs in 56 overs after losing six wickets, Ishant Sharma was unbeaten on 2 and Wriddihiman Saha had yet to open his account at the other end. Their tail has not performed well throughout the series and no miracles were expected from them on the final day when all the top order batsmen were back in the pavilion already.

Ryan Harris delivered the first over of the day to Sharma and ended up with a maiden and Peter Siddle followed him in the same manner in the next over. Harris got the first wicket of the day when Sharma was caught behind by the wicket keeper Brad Haddin without any addition in the overnight score.

Siddle srtuck in the very next over when Saha was caught again by Haddin on three runs. India lost two quick wickets at the total of 170 runs when Ravichandran Ashwin and Zaheer Khan joined together at the crease. They shared 23 runs partnership for the ninth wicket as the later was gone after scoring 15 runs once he was caught by David Warner off Ben Hilfenhaus.

Nathan Lyon took the last wicket when Umesh Yadav was caught at the wicket by Haddin on just one run, Ashwin remained unbeaten on 15 as the Indian innings was folded back on 201 runs.

Lyon was the highest wicket taker with four, Harris claimed three as Hilfenhaus and Siddle claimed one wicket each.
Australia won the match with a huge margin of 298 runs, series was lost 4-0 which left question mark on the future of quite a few senior batsmen. 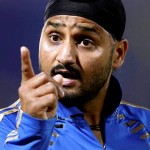 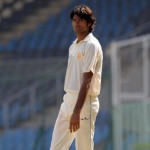