England’s popular newspaper The Sunday Times ran a cover story mentioning that a struggling Bollywood starlet, named Nupur Mehta was used by a nexus of bookies as an intermediary to fix the World Cup 2011 semifinal between India and Pakistan in Mohali. While this allegation has not proven to be true as yet, this could be a potential threat for the ICC since this strategy may be used by bookies in order to fix matches, just in case they might not be able to contact top cricketers whom they feel will be convinced to benefit from performing such acts.

Nupur Mehta also mentioned in an interview that she dated Sri Lanka’s ex-captain and explosive opening batsman, Tillakratne Dilshan in 2009 and was in England at the time of the World T20 which had taken place that year itself. Currently, she would not mind dating India’s current batting sensation Virat Kohli. Whereas, another Bollywood starlet, Liza Malik was offered as much as Rs. 50 lakh by a England-based bookie to make him talk to a leading Indian cricketer in order to fix matches in the Indian Premier League last season. Apparently, that cricketer was her partner in a reality show on television that she participated in. This could be the reason that she often was spotted at the after-match parties in the IPL.

There always has been some connection between Bollywood and cricket. Cricketers tend to develop the hots for Bollywood actresses, owing to their beauty. And in return, actresses also develop a crush for cricketers, due to their popularity and the aggression that they show on the cricket field. But there is a huge difference between love and sex, because certain cricketers may try to get in a serious relationship with the actress involved or they might want to spend one night with them of physical indulgence, to satisfy the needs of their body.

This is what the bookies are trying to take advantage of, in order to connect with Indian cricketers in particular, since they are difficult to get access to these days. The Board of Control of Cricket in India (BCCI) is the richest cricket board in the world, and so as a result they pay those cricketers with a central contract, a handsome amount of money annually depending on the grade in which they are categorized in. Besides, if endorsements are added, players earn money which can perhaps last them a lifetime, even if they do not wish to pursue another career after they retire from the game.

Whereas, upcoming cricketers may be on the target of bookmakers since they are paid relatively low for playing domestic cricket but with the advent of the Indian Premier League, their pay is easily compensated. So money is not really tempting for Indian players as compared to those of perhaps Pakistan, Sri Lanka or the West Indies who are more likely to fix matches. And thus consequently, sex seems to be one of the best ways to lure Indian cricketers into evil doing, irrespective of their integrity. Then of course, comes the nature of Bollywood actresses who are also offered a huge amount to use their beauty for just a night or two’s work and fulfill their desire of sleeping with a cricketer, serving up as a dual advantage for them.

India over the years, has had cricketers of perhaps the highest integrity in the game such as Anil Kumble, Sourav Ganguly, Rahul Dravid who have now quit international cricket as well as Sachin Tendulkar, VVS Laxman, MS Dhoni, Harbhajan Singh and Virender Sehwag who have been successful over the years and still playing some form of cricket. So this makes it extremely difficult for bookies to even think for a minute, about approaching them for match fixing. Thus, it is hard to believe that players from our country would be involved in wrong doing.

But bookies have to look at their business and not the player’s nationality, and with the arrests of the Pakistani trio of Salman Butt, Mohammad Asif and Mohammad Amir in relation to the spot-fixing incident in London in 2010, their task of earning profits is getting much harder by the day. As a result, their aim perhaps is the T20 format of the game where few would come to know at what stage is the match fixed, due to the pace at which it takes place. And when T20s are talked about, what better than the Indian Premier League to look up to?

It is one of the biggest sporting events in the world, happening every year and for almost two whole months. The game’s most popular names feature in it, whether they are from India or across the world and play at the same stage. Hence, it a money spinner for not just the players and the administrators, but also bookmakers who do not need to travel across the world. Instead, they have to be in India itself to do business, a country which has easily become the hub of betting and mostly all transactions can happen from here itself.

Yet, the claims of bookies from India and the United Kingdom in particular, have not been proven to be true. If Indian cricketers are spoken about, then according to me it is always difficult to involve them in match fixing due to the focus with which they play their game and the incentives that the BCCI is willing to give them apart from money, if their performance is up to their standards. And when it comes to fulfilling their physical needs, then it would depend upon two major factors – their upbringing, as in the status of their family in the society and secondly their mental strength to deal with such situations which would depend on their priorities in life. 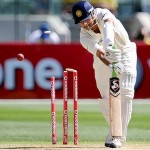