New Zealand faced a humiliation when they were bundled out for 45 mere runs in their first innings against the mighty South Africans led by Vernon Philander.

It was their third lowest score in the history of the game since they have been rattled at 42 and 26 on the previous two occasions. The Black Caps hold the universal record in the longer version of the game when their innings was folded back for just 26 runs vs. England. The second and final Test of the series was played at Eden Park, Auckland, on March 25, 26 and 28, 1955, under the captaincy of Geoff Rabone. England was lead by Sir Leonard Hutton and they went on to win the match by an innings and 20 runs.

The Kiwis scored 200 runs in their first innings as John Reid was the top scorer with 73 runs followed by 49 by their opener Bert Sutcliffe. Brian Statham, the fast bowler of England, was the highest wicket taker with five and Bob Appleyard got three.

England did not bat well either and scored 246 runs in the first innings, Hutton was the highest scorer with 53 and Peter May contributed 48 runs. Alex Moir captured five wickets and Johnny Hayes claimed three. The second innings of New Zealand was folded back for just 26 runs in 27 overs. Sutcliffe scored 11 runs and no other batsman was able to touch the double figures. Appleyard and Statham were once again the main strikers with four and three wickets respectively and the duo secured seven wickets each in the match.

The second lowest total by New Zealand was recorded against Australia on March 29, 1946, at Basin Reserve, Wellington, when the hosts scored just 42 runs in the first innings. Verdun Scott got 14 runs and Merv Wallace shared 10 runs whereas the rest nine batsmen did not reach the double figures. Bill O’Reilly grabbed five wickets whereas Ernie Toshack held four.

The Kangaroos replied by scoring 199 runs in their only innings, their captain Bill Brown smashed 67 runs while opening the innings and Sid Barnes achieved 54 runs. Jack Cowie was the chief destructor with six wickets and Ces Burke got two wickets. The Black Caps remained unimpressive in their second innings as their innings was squeezed for 54 runs, Wallace scored 14 and Eric Tindill posted 13 runs on board.

The home side was disgraced under the captaincy of Walter Hadlee by an innings and 103 runs.

New Zealand once again faced a debacle in the first Test of the two match series vs. South Africa on December 2, 2013, at Newlands, Cape Town. The national selectors have appointed Brendon McCullum as their new skipper who has replaced Ross Taylor. The latter led them to a fighting series against the hosts Sri Lanka by squaring it at 1-1 after winning the second Test by 167 runs at P Sara Oval, Colombo on November 29, 2012. The Kiwis were scrambled at 45 runs following McCullum’s decision to bat first after winning the toss. Kane Williamson was the highest scorer with 13 and Daniel Flynn survived 28 balls for his 8 runs.

Vernon Philander destroyed the innings of the Black Caps by grasping five wickets whereas Morne Morkel and Dale Steyn got 3 and 2 wickets accordingly.

New Zealand has refreshed the memories of low scoring in Test cricket and they are heading towards another big defeat. That looks eminent at the moment since the pace attack of the South Africans is marshalling excellently under the leadership of Graeme Smith. 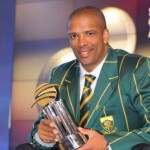