Another B town starlet Simran Sood has been accused of abducting of a producer and to be an associate of a dreaded gangster.

She is allegedly connected to an IPL bookie after some photographs of her at the IPL after-parties surfacing in the scene.

A leading daily of India, reports that Simran was spotted in IPL after parties. Simran was with an ex Australian cricket player Andy Bichel. Andy was the Kolkata Knight Riders (KKR) bowling coach in 2009.

In another photo she was also caught hanging out with another Aussie and CSK player Doug Bollinger.

Simran Sood has trying her luck in Bollywood for long and it is believed that she is close to many b town celebrities.
When prodded, Mumbai Police said, “We are investigating her bookie links also checking the data of her mobile phones to know more about her network and how did she manage to pay huge rents (Rs 65,000) of the plush apartment in Oberoi Spring tower and how she spent lavishly on herself.”

Name of Simran has surfaced followed by Nupur Mehta who has earlier denied her association with the match fixing controversy in a press conference.

It is said that ICC had already issued a warning to curb illegal activities in the Premiere Leagues after it received many complaints of spot fixing during English County Season and Bangladesh Premier League (BPL). 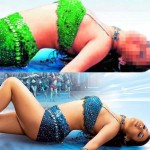 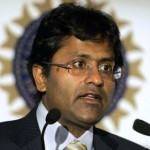 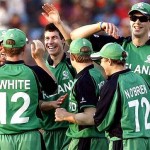