The charged South Africa, under the leadership of Graeme Smith, have a firm belief that they are just one step away from snatching the No.1 Test ranking from England.

The Proteas started the tour of England with a positive background since they have never lost an away series after 2006. Ashwell Prince led the visitors in 2006 and Mahela Jayawardene captained the hosts who humiliated South Africa by a clean sweep of 2-0 in the two Test series. The first match played at Sinhalese Sports Club Ground, Colombo, was won by the Islanders by a huge margin of an innings and 153 runs, on July 31, 2006. The second Test took place at P Saravanamuttu Stadium, Colombo on August 4, 5, 6, 7 and 8 and the Lankan Lions registered a close victory by one wicket.

South Africa initiated the 2011-12 season on a promising note while beating the visiting Sri Lankans 2-1 in the series. The first Test of the series was played at SuperSport Park, Centurion, and the visitors were beaten by a big margin of an innings and 81 runs on December 17, 2011. The Islanders came back strongly in the second Test by winning it with a margin of 208 runs on December 29, 2011, at Kingsmead, Durban. The third and final match was played at Newlands, Cape Town, and the home side grasped that by 10 wickets on January 6, 2012.

The Proteas visited New Zealand next, in March 2012, and ended up by grabbing the three Test series 1-0. The first Test at Dunedin and the third at Wellington ended in a draw whereas the visitors won the second game at Seddon Park, Hamilton, on March 17, 2012, by nine wickets.

The South Africans landed in England next for a dreamy and adventurous series against the hosts. The first Test was played at Kennington Oval, London, on July 19, 20, 21, 22 and 23, 2012. England managed a useful score of 385 runs in their first innings. Their brilliant opener, Alastair Cook, smashed 115 runs while Jonathan Trott and Matt Prior contributed 71 and 60 respectively whereas Morne Morkel held four wickets.

The South African batsmen lashed out at the rival bowling by plundering 637 runs for the loss of two mere wickets in their first innings. Their run machine, Hashim Amla, remained unbeaten with his career best 311 runs which was the first ever triple century by a South African. Jacques Kallis secured his wicket with a majestic knock of 182 as their skipper, Graeme Smith scored 131 runs while opening the innings. The hosts were bowled out for 240 runs in their second innings with just one fifty from Ian Bell and Dale Steyn crushed their batting by clinching five wickets. South Africa won the Test comprehensively by an enormous margin of an innings and 12 runs.

The second Test took place at Headingly, Leeds, on August 2, 3, 4, 5 and 6, 2012, as rain interrupted the match most of the times. South Africa amassed 419 runs in the first innings, Alviro Petersen played a magnificent innings of 182 runs, Graeme Smith scored 52 and a couple of batsmen ended up in their forties. England gave a firm reply by hammering 425 runs, Kevin Pietersen proved his importance in the middle order by trouncing 149 runs and Matt Prior scored 68 runs.

Graeme Smith declared the second innings at 258 after losing nine wickets and set a target of 253 runs for England to win the match. The home team scored 130 runs with six wickets in hand while consuming 33 overs when the match came to an end without any result.

The third and final Test of the series will commence on August 16, 2012, at the famous Lord’s, London. The English team is in a mess and looks depleted under the leadership of Andrew Strauss and the ouster of Kevin Petersen from their line up in the deciding match could be a turning point. South Africa just requires avoiding a defeat in the match which could take them to the peaks of the ICC Test Championship ranking. The recent performance of the visitors, the atmosphere in their dressing room, their leadership and moreover the determined coach Gary Kirsten are  all conducive to becoming No.1 after the Lord’s Test. 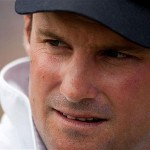