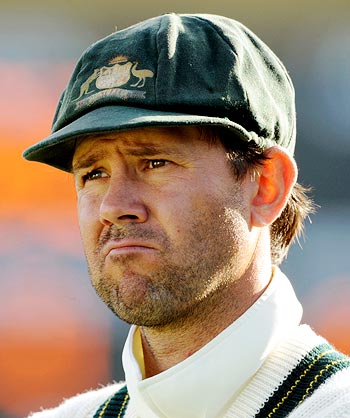 Famous New Zealand all rounder Chris Cairns suggested that famous cricketer and ex-Captain of Australia, Ricky Ponting should call it a day from International Cricket. 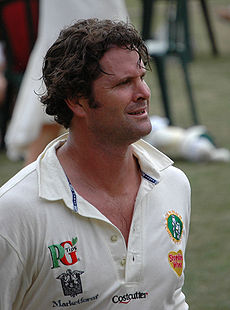 The Kiwi great was of the view that Ricky Ponting was a burden on Australian cricket and doesn’t need to hang around in the national side.

Christopher Lance Cairns was born on June 13, 1970 in Picton, Marlborough, a right hand batsman and right arm medium fast bowler. He had played for New Zealand, ICC World XI, Canterbury, Northern Districts and Chandigarh Lions. He represented the Black Caps in 62 Tests and scored 3320 runs at an average of 33.53 runs, the best of 158 runs with five centuries and 22 fifties.

He gathered 201 wickets at an average of 32,80 runs per wicket with the best of 5 for 42 runs. Cairns said goodbye to cricket on February 16, 2006, while playing a Twenty20 match against West Indies at Auckland.

He could have continued longer in international cricket but quit the game when he thought he could not give his best.

The all rounder persuaded Ricky Ponting not to become an elephant in the team but retire at international level after the second Test at Hobart which will be played against New Zealand from December 9, 2011. He had full respect for Ponting and said, “Don’t get me wrong, I’ve got the utmost respect for Ricky Ponting but there’s a time and a place. And for me, his time and place is Hobart in the second Test against New Zealand. That’s to say, ‘Thanks very much’.”

Ricky Thomas Ponting is a top order master batsman of Australia and has served the nation since long.
The 36-year-old has played 156 Test for the Kangaroos, scored 12557 runs at an excellent average of 52.53 runs, the best of 257 runs with 39 centuries and 57 fifties.

He was the most successful Captain of Australia in Test cricket and the national side clinched 34 constant victories in the World Cup under his leadership.

Australia won the ICC Cricket World Cup twice under his Captaincy in 2003 and 2007.

Ricky Ponting stepped down from Captaincy after the conclusion of the ICC Cricket World Cup 2011 but his performance has been below average as per international standards.

Cairns was of the view that the Australian selectors should take a note of the poor performance of Ponting and try to get rid of an elephant and further commented,

“Nobody is making the right decision and they (Cricket Australia) are allowing Ponting to make that decision, I don’t think you can have two years averaging 27 as a No.3. I think it’s his time,”