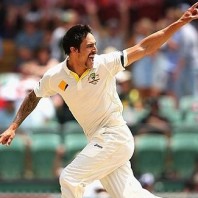 The supreme form of Mitchell Johnson continued even after the Ashes when he punctured the top order batting of the Proteas who are sinking in the first Test.

The Kangaroos smashed 397 runs after 122 overs in their first innings and the Proteas were struggling at 140 after losing six wickets in 43.3 overs.

The second day’s play of the first Test came to an end on Thursday, February 13, 2014, at SuperSport Park, Centurion.

Earlier, the visitors went into bat at 297 for the loss of four wickets in 90 overs whereas Shaun Marsh and Steven Smith were batting at 122 and 91. They got off slowly and added 18 runs in the first 10 overs while the latter thrashed his fourth Test century on the third ball of the 103rd one. The 233 runs partnership was finally separated at 391 when Smith was gone for 100. Marsh became the seventh victim 17 runs later for 148 and the lower order batsmen were unable to impress. Mitchell Johnson was the only one who resisted with 33 as the innings of the Aussies was folded back at 397. 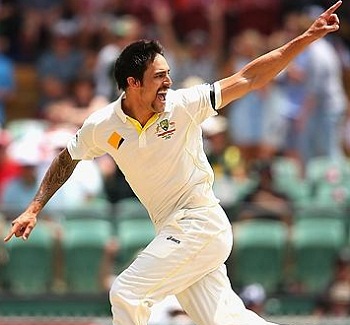 Dale Steyn was the top wicket taker with four, Ryan McLaren and Robin Peterson held two each whereas Vernon Philander and Morne Morkel shared one wicket each.

South Africa had a disastrous beginning when Mitchell Johnson ripped through their top order batting. He removed the rival skipper, Graeme Smith, Alviro Petersen and Faf du Plessis for 10, 2 and 3 runs whereas Peter Siddle got rid of Hashim Amla for 17. The home side was reeling at 4-43 when AB de Villiers and Jean-Paul Duminy tried to stabilise the innings. The duo kept on pushing the score gradually and went past the hundred runs mark with a four from de Villiers.

Duminy was removed by Nathan Lyon for 25 as the score touched 110 and the next batsman, Ryan McLaren, was clean bowled by Johnson for just eight runs. Robin Peterson joined in next with AB de Villiers who completed his 35th Test fifty and remained unbeaten for 52. The first secured his end for 10 as the hosts scored 6-140 in 43.3 overs when the play was called off for the day due to rain.

Mitchell Johnson was the star performer with four wickets whereas Peter Siddle and Nathan Lyon gathered one each.

Australia is flying high at the moment and South Africa is still under the threat of a follow on. 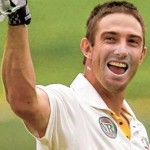 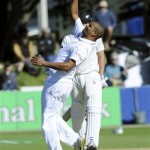