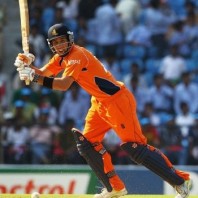 An attacking bowling by the Netherlands bowlers followed by an excellent knock from Stephan Myburgh led their team to a big victory vs. the United Arab Emirates.

The U.A.E team was bowled out for 151 runs in 19.5 overs and Netherlands attained the target by piling up 152 for the loss of just four wickets and 13 deliveries still available.

Tom Cooper (Netherlands) was declared ‘Player of the match’ for his all round performance in the game. 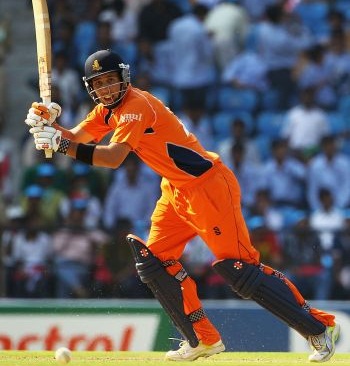 Tom Cooper – A superb all round performance

Earlier, Khurram Khan, the skipper of U.A.E won the toss and elected to bat first but lost the openers for just 12 runs. He came in next and started the consolidation process with Swapnil Patil. They took the score to 79 when the latter was clean bowled by Tom Cooper for 23. Khurram Khan followed him one run later for 31 as Shaiman Anwar and Rohan Mustafa got together in the center. The batsmen kept on enhancing the score with a few boundaries and reached 127 in 15.4 overs. The duo was gone for 32 and 20 respectively and the entire team was sent back to the pavilion for 151 with one ball remaining.

Ahsan Malik was the highest wicket taker with three, Timm van der Gugten and Tom Cooper held two each whereas Michael Swart got one wicket.

Stephan Myburgh along with Swart provided their team with a swift beginning and powered 56 runs in five overs. The association was broken at 69 when Swart went back to the pavilion for 26 and was replaced by Wesley Barresi. Myburgh was dropped at 45 and he attained his maiden T20 fifty with a boundary but was unluckily run out for 55 off 36 deliveries with 2 big sixes and 7 fours. The second wicket fell at 93 and Barresi became the next victim at 129 at his personal feat of 24. Cooper took over while keeping in view the target and hit the winning four on the fifth ball of the 19th over. He secured his end for 34 off 26 with 1 six and 4 fours as the Dutch team hammered 4-152.

Kamran Shazad was the top wicket taker with two and Shadeep Silva chipped in with one.

The Netherlands clinched the game with a huge margin of six wickets and were rewarded with two points.