A lethal bowling spell from the speedster, Irfan Pathan, restricted the hosts Sri Lanka to a nominal score as India won the ICC World Twenty20 warm up match.

India smashed 146 runs for the loss of five wickets in the allocated 20 overs and Sri Lanka was bowled out at 120 runs with three balls to spare. 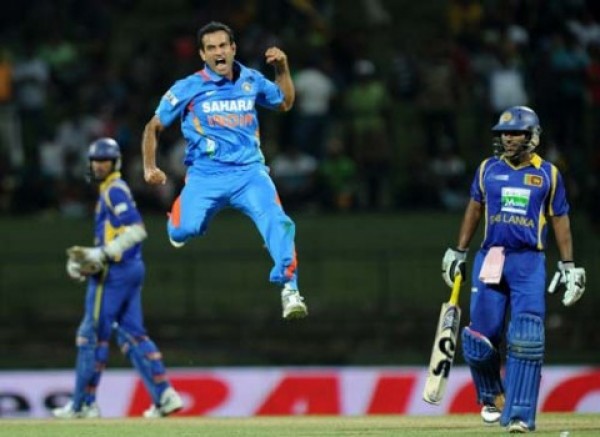 Earlier, MS Dhoni, the skipper of India, won the toss and opted to bat first but faced an early blow when Gautam Gambhir was retired, hurt off Lasith Malinga in the first over when he was batting at five runs. Suresh Raina joined in next with the opener, Virender Sehwag, and took the score to 28 as Nuwan Kulasekara removed both of them in the fifth over. The Blue Shirts were losing their prominent batsmen Virat Kohli and Yuvraj Singh at regular intervals and they were reeling at 4-51 in 8.3 overs.

Rohit Sharma and MS Dhoni steadied the ship with a composed partnership as the first hit the initial six of the innings in the 15th over. Dhoni opened up in the 17th over, he hit three fours and the run rate was picked up by the two batsmen. The duo added another 29 runs to the next two overs with the assistance of 1 six and 4 fours. Dhoni completed his fifty on the last ball of the innings with a grand six and remained unbeaten for 55 off just 42 balls with 3 huge sixes and 4 fours. India hammered 146 runs with five wickets still in hand at the end of the 20th over.

Nuwan Kulasekara was the highest wicket taker with two whereas Lasith Malinga, Angelo Mathews and Rangana Herath picked up one wicket each.

The Lankan Lions lost their both their openers, Dilshan Munaweera and Tillakaratne Dilshan, for 15 runs as they were unable to read the seeming deliveries of Irfan Pathan. The seasoned batsman, Kumar Sangakkara and the youngster, Angelo Mathews, tried to consolidate the innings, added 30 runs to the following three overs with 5 fours. Mathews was caught behind by the wicketkeeper, Dhoni, off Lakshmipathy Balaji for 16 as Lahiru Thirimanne replaced him in the centre.

The run rate was kept under check by the Men in Blue as the hosts scored just two boundaries in the next five overs. The score was enhanced to 74 when Kumar Sangakkara was clean bowled by Harbhajan Singh for 32 off even balls with 4 fours. Lahiru Thirimanne was the next batsman who went back to the pavilion after the addition of 18 runs to the total at his personal feat of 24.

Jeevan Mendis was another batsman who provided some resistance by scoring 26 off 22 deliveries with 1 six and a couple of fours. The Indian bowling ripped through the middle and lower order batting of the Islanders as four of their batsmen were unable to open their accounts and the entire team was bowled out for 120 runs in 19.3 overs.

Irfan Pathan was the star performer of the day by grabbing five important wickets, Lakshmipathy Balaji held three whereas Zaheer Khan and Harbhajan Singh shared one wicket each.

India won the match comprehensively by 26 runs and will enter the next warm-up match with great confidence against their arch rivals Pakistan on September 17, 2012, at R Premadasa Stadium, Colombo. 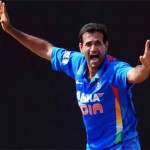