Shane Watson demonstrated an all round performance as Australia clinched the match vs. West Indies in the rain hit encounter (Duckworth – Lewis method).

West Indies scored a brisk 191 runs with two wickets still in hand at the end of the scheduled 20 overs. Australia thrashed 100 runs for the loss of just one wicket when the play was called off and they had surpassed the required target of 84 required off 9.1 overs already. 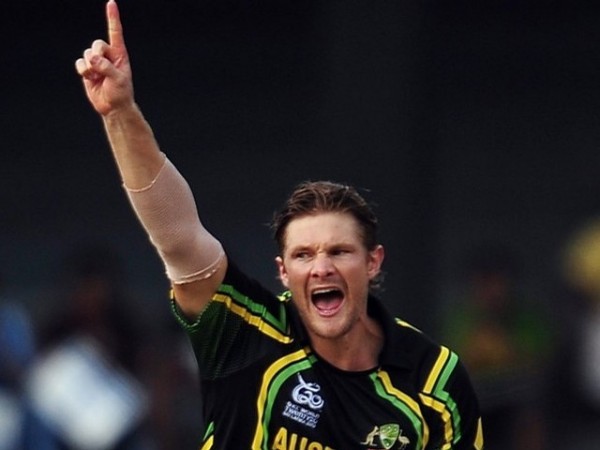 Shane Watson – Excellent all round performance

Shane Watson (Australia) was declared ‘Player of the match’ for his excellent performance in the game.

1-   Australia had won 4 games as compared to 3 by the West Indies in the ICC World Twenty20, prior to this game.

5-   The match concluded on the Duckworth – Lewis method.

6-   Australia has qualified for the Super Eights after winning the game today.

Earlier, the captain of West Indies, Darren Sammy, won the toss and elected to bat but lost the first wicket for just eight runs. Johnson Charles joined together with the master blaster, Chris Gayle, who managed only two runs on the first five balls he faced. Gayle had a narrow escape when he was dropped on the fourth ball of the fourth over by Shane Watson off Mitchell Starc for 4 runs. Charles flourished his bat for 10 runs in the next two balls with 1 six and 1 four.

Gayle got his rhythm back in the fifth over by dispatching 18 runs to Pat Cummins with 1 six and 3 fours. The second wicket fell at 47 after 5.2 overs as Johnson Charles was clean bowled by Daniel Christian for 16 runs. Marlon Samuels joined in next with Gayle who was going great guns at the other end. Chris Gayle achieved his 8th T20 fifty in the eighth over with a couple of sixes and one four. He became the next victim after scoring 54 off just 33 balls with 4 towering sixes and 5 fours.

The third wicket was dislodged at 93 in 10.1 overs when Marlon Samuels took over and added 21 runs in the overs No.13 and 14 with 2 sixes and even fours. He continued with his blast, sent the ball flying over the ropes twice in the following over and attained his 3rd T20 fifty on the first ball of the 16th over. Samuels was the fourth batsman who surrendered for 50 off 32 balls with 4 grand sixes and 3 fours.

Australia came out in an aggressive manner while opening the innings with David Warner and Shane Watson. The first tore apart the bowling of Ravi Rampaul by hitting 21 runs in the second over with 2 sixes and 2 fours. His beaming innings was squeezed on the first ball of the next over for 28 after he provided a flying start of 30 runs. The most elegant batsman of the Kangaroos, Micheal Hussey replaced Warner, he got a four in the same over and added one six in the fifth over.

Shane Watson exhibited his presence in the eighth over by punishing Marlon Samuels for 21 runs comprising 2 sixes and even fours. The first hundred of the innings was posted on board on the first ball of the 10th over and the play was stopped due to weather. The match was called off because of the persistent rain and Australia won the match by 17 runs as per Duckworth – Lewis method.

Australia leads Group B with 4 points from two games with a net run rate of +2.184, and the fate of the second team will be decided after the match between West Indies and Ireland on September 24, 2012, to be played at Colombo. 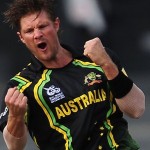 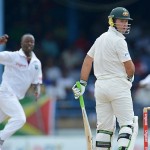 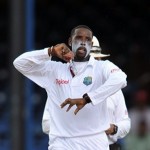