The young middle order batsman, Cheteshwar Pujara, grabbed the opportunity offered to him in the opening Test vs. New Zealand by thrashing a maiden ton.

India smashed 307 runs for the loss of 5 wickets in the first innings and made a firm grip on the game on the first day of the inaugural Test.

Earlier, MS Dhoni, the skipper of India, won the toss and elected to bat on a placid wicket. 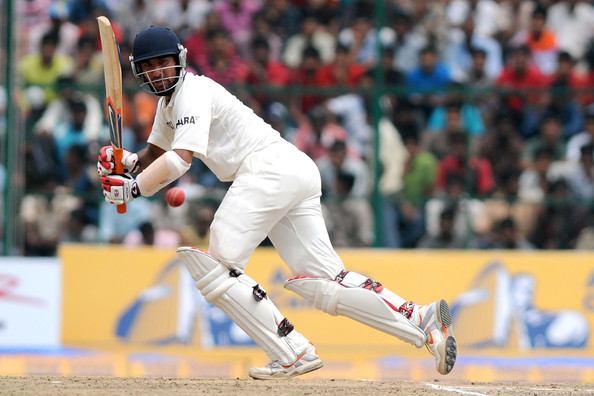 The innings was initiated by their prominent openers, Gautam Gambhir and Virender Sehwag as the first ball of the innings was sent out of the rope from Gambhir. Sehwag opened up with a couple of fours in the seventh over and added two more in the following over. He got a life when dropped at 21 by Daniel Flynn at square leg off Chris Martin on the second ball of the 9th over.

The hosts lost their first wicket at 49 when Gambhir was caught behind by the wicketkeeper, Kruger van Wyk off Trent Boult for 22 runs. Cheteshwar Pujara entered the centre after a lapse of nearly 20 months. He appeared in his previous Test against South Africa on January 2, 2011, at Newlands, Cape Town, where he could manage two mere runs in the only innings he played.

Sehwag carried on with his usual aggressive style, dispatched three fours in the 13th over and Pujara opened his account with three runs on the 8th ball he faced. The batsmen added 28 runs for the second wicket when Virender Sehwag was gone after scoring 47 runs. The little master, Sachin Tendulkar, joined in next with Pujara and they crawled towards stability. The scoreboard displayed 97 runs after 25 overs when the players went off the field for lunch.

The first hundred of the innings was scored in the 26th over and the stumps of Tendulkar were uprooted by Boult for 19 runs. The third wicket fell at 125 as the young gun of India, Virat Kohli took guards in the centre. The flow of runs was enhanced by the duo and Pujara attained his fifty on the last ball of the 52nd over with a four as Kohli carried on with his stylish batting from the other end. Tea interval was taken after 54 overs when the home side reached 182 runs after losing three wickets.

Pujara was dropped at 60 runs by Flynn on the third ball of the 57th over off Jeetan Patel and the batsman punished Boult for 12 runs two overs later with three fours. The poor fielding of the Black Caps continued as Kohli was dropped at 46 by the skipper, Ross Taylor, in the slip on the first ball of the 61st over bowled by Patel. The fourth wicket association gathered 125 runs and finally came to an end when Virat Kohli was caught in the second slip by Martin Guptill off Chris Martin for 58 runs.

India lost its fourth wicket at 250 and Cheteshwar Pujara hammered his maiden Test ton on the third ball of the 70th over with a single towards fine leg. Suresh Raina was unable to impress and was caught behind by van Wyk off Patel for just three runs as MS Dhoni walked in and made his intentions clear when the second ball of the 75th over from Patel flew over the rope. The home side reached 307 runs in 87 overs after losing five wickets at stumps on day one, Pujara and Dhoni were at the crease with 119 and 29 runs respectively.

Trent Boult was the most successful bowler with two wickets whereas Chris Martin, Doug Bracewell and Jeetan Patel shared one wicket each.

India captured the first day of the Test with a fabulous performance with the bat and Cheteshwara Pujara was the hero of the day. They will anticipate adding another 100-150 runs to their current total to put them in a commanding position whereas New Zealand will try to fold their innings as early as possible. 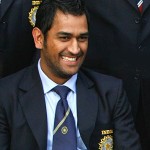 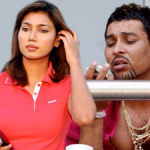