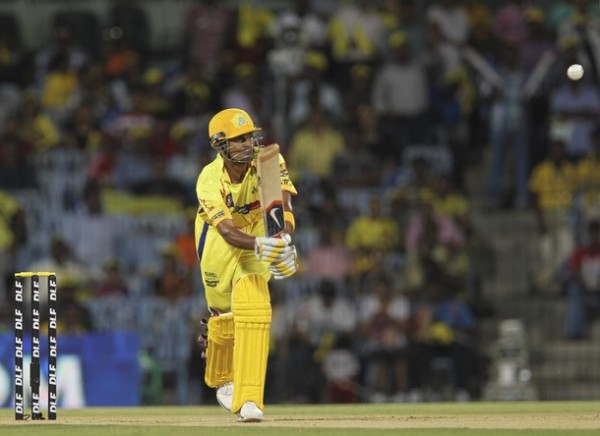 Faf du Plessis - Laid the foundation for a big total

Chennai Super Kings held their nerves and brought the statistics even by winning the match vs. Pune Warriors after losing to them earlier in the 16th match.

Nuwan Kulasekara (Chennai Super Kings) was declared ‘Player of the match’ for his initial burst while removing both openers of the rival team.

The 24th match of the Indian Premier League was played at MA Chidambaram Stadium, Chepauk, Chennai, on April 19, 2012. A jam packed house backed their home team even in the time of crisis and their side rewarded them with the glory of winning the match.

Earlier, Pune Warriors captain, Sourav Ganguly, won the toss and preferred to chase with an anticipation of restricting Chennai Super Kings on a limited score. The innings was opened by Faf du Plessis and Subramaniam Badrinath in an observant manner as just nine runs were scored in the first three overs. They picked up the scoring rate from the fourth over when eight runs were gathered followed by 11 runs in the next over that included a couple of fours from Badrinath.

Faf du Plesis opened his arms in from the sixth over by scoring a six and one four and the fifty of the innings was completed in the eighth over. He was the most aggressive of the two and achieved his fifty on the third ball of the 13th over and the first hundred runs partnership of the tournament was registered in the 14th over. Badrinath dispatched 15 runs in the 15th over and also posted his fifty as du Plessis became the first victim at 116 after contributing 58 off 48 balls with 2 sixes and 4 fours. Badrinath followed him two balls later without any addition in the total at his personal feat of 57 from 48 deliveries with 8 fours.

The skipper, MS Dhoni demonstrated a gem of an innings in the closing overs by scoring unbeaten 28 off just 12 balls with one six and three fours as Chennai Super Kings thrashed 164 runs after availing 20 overs.

Pune Warriors initiated the innings with style as their openers Robin Uthappa and Jesse Ryder accumulated 9 runs in the first over with one boundary each. Uthappa was removed by Nuwan Kulasekara on the second ball of the next over for eight and later on got the wicket of Jesse Ryder in his next over for nine. Sourav Ganguly and Manish Pandey tried to stabilise the innings as the first scored three fours in the sixth over. They added 27 runs for the third wicket when Pandey lost his wicket for 13 and Ganguly followed him at 64 runs after scoring 24 off 26 balls with 4 fours.

Pune Warriors were reeling at 64-4 in 9.4 overs when Marlon Samuels and Steven Smith joined together at the crease and picked up the run rate. They took the score to 97 as Samuels was caught at short cover by Kulasekara off Ravichandran Aashwin for 26 off 24 balls with one six and two fours. Angelo Matthews came in next and kept up the pace of scoring with Smith while keeping in mind the target. The duo added 44 runs in the next five overs and things were looking favourable when Smith was gone for 23 runs.

Pune Warriors required 24 runs from the last 10 balls with four wickets in hand but the batsmen found it difficult to score the runs against the calculated bowling from Doug Bollinger in the 19th over. Their last hope vanished when Angelo Matthews was clean bowled by Dwayne Bravo for 27 and they managed 151 runs for the loss of seven wickets in the metered 20 overs.

Nuwan Kulasekara was the star performer by taking two wickets for just 10 runs in four overs. Bravo also held two as Bollinger, Ashwin and Shadab Jakati held one wicket each.

Chennai Super Kings won the match with their professional approach by 13 runs and moved ahead with two points in the event. 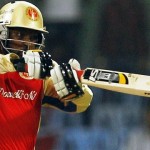