Dwayne Smith (Mumbai Indians) was declared ‘Player of the match’ for his blistering unbeaten knock of 87 off 58 balls.

Earlier, Rahul Dravid, the captain of Rajasthan Royals won the toss and elected to bat on a good looking batting pitch. They had a poor start after losing both their openers for 31 runs in 5.2 overs as Shane Watson and Stuart Binny joined together at the crease. Watson started off with a couple of fours in the seventh over and Binny sent a ball flying over the ropes in the next over.

Binny punished Harbhajan Singh for 19 runs in the 10th over with one six and three fours but he was unluckily run out for 30 off 17 balls with 2 sixes and 3 fours. The third wicket was lost at 84 as Owais Shah took guards and Watson hit 10 runs in the first five balls of the 14th over off Kieron Pollard but the bowler took the revenge by dismissing him on the last ball. He scored 45 runs off 36 deliveries with 2 sixes and 3 fours as Ashok Menaria came out to take his turn.

The run rate was accelerated, Owais Shah gathered one six and a four in the 16th over as Menaria followed him with the same result in the next over. The latter was caught and bowled by Dhawal Kulkarni for 21 and Shah remained unbeaten on 28 as Rajasthan Royals scored 162 for the loss of six wickets.

Dhawal Kulkarni was the chief wicket taker with three whereas Lasith Malinga and Kieron Pollard held one wicket each.

Mumbai Indians sent in a new combination of openers consisting of Sachin Tendulkar and Dwayne Smith. The latter started off with a six on the second ball he faced while making his intentions clear and carried on with a couple of fours in the fifth over. Tendulkar secured one end while adding useful runs and got a life on the fourth ball of the eighth over when dropped by Shane Watson off Brad Hogg at 18 runs.

The pace of scoring was enhanced as Dwayne Smith dispatched a couple of sixes to Ajit Chandila but survived on the third ball when the bowler dropped him at his own bowling for 48. Smith completed his fifty in the same over and the hundred of the innings was attained in the 12th over. The ball was being dispatched to the boundary at regular intervals by both batsmen and Smith was the most aggressive of the two. Sachin Tendulkar reached his fifty on the first ball of the 16th over with a single as the target was achieved by smashing 163 runs in 18 overs.

Dwayne Smith was batting on 87 from 51 balls with 3 lofty sixes and 10 fours as Sachin Tendulkar held his crease for 58 off 51 deliveries comprising 6 fours. That became the only fifth time in the entire history of IPL when a match was won by a margin of 10 wickets. Mumbai Indians have qualified for the playoffs and will face Chennai Super Kings in the Eliminator on May 25, 2012 at Bangalore.

Points secured by both teams at the end of the 72nd match of the IPL 2012: 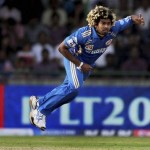 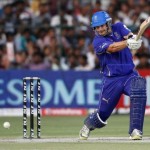