The Indian Premier League (IPL) has taken the world by storm in the last four years and it has been the road to fame for several cricketers, who are now feared for their hard-hitting abilities across the globe or it has been the ground for improvement for well-established cricketers to strike the ball more powerfully than before. Names which instantly spring to mind are Yusuf Pathan, Kieron Pollard, Chris Gayle, Virender Sehwag, Albie Morkel, Adam Gilchrist, Shane Watson, Shaun Marsh, Suresh Raina and MS Dhoni. 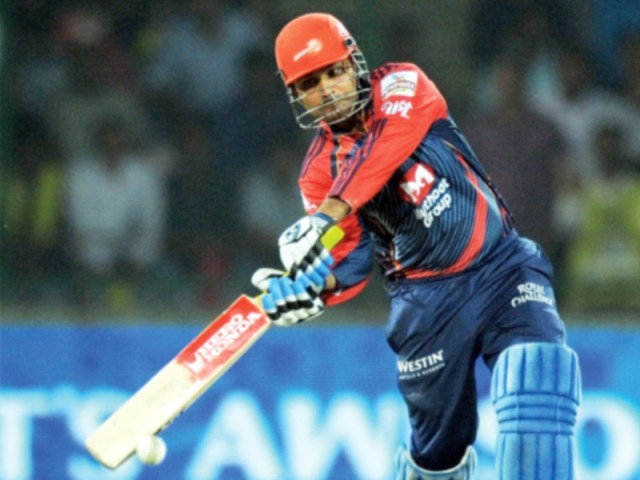 Virender Sehwag has the highest strike in IPL

Beginning with Indian players, Virender Sehwag has the highest strike-rate of all batters in IPL history of all time, i.e, an incredible 169.60.

He has played some outstanding innings in the IPL which was the key in the Delhi Daredevils making it to the semifinals in the first two seasons.

While Sehwag’s critics believe that Twenty20 does not suit his carefree batting style, it was this year that he proved them wrong. A century out of nowhere against the Deccan Chargers was a magnificent knock as Delhi was in huge trouble right throughout the innings and Sehwag single-handedly won them the game.

His 90-odd against Kochi Tuskers Kerala is one of the finest knocks in the IPL so far because of Test-match like conditions prevailing in Kochi, it was cloudy and a greenish pitch to bat on. No wonder, he was the only player retained by the Delhi Daredevils for the next three years and made captain of an otherwise underdog side. 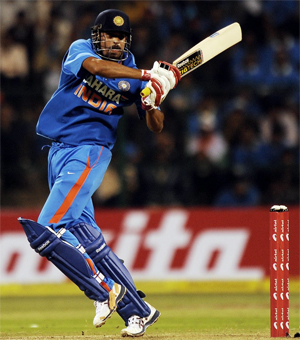 Yusuf Pathan – A product of IPL

Yusuf Pathan is the by-product of the IPL and its main purpose of nurturing talent.

He became an improved player after the inaugural IPL season as he flourished under the leadership of the legendary Shane Warne and basked in the glory of Rajasthan Royals winning that year.

He has the fourth highest strike rate in the competition, scoring 157 runs off every 100 balls he faces. This is the one of the major reasons as to why he was purchased for a whopping $2.1 million in the auction by the Kolkata Knight Riders.

He is the ultimate game-changer in T-20 cricket as he can bat anywhere in the order and get quick runs when the team needs some momentum.

Although his form has dipped slightly according to his critics, only a fool would underestimate Yusuf’s abilities. 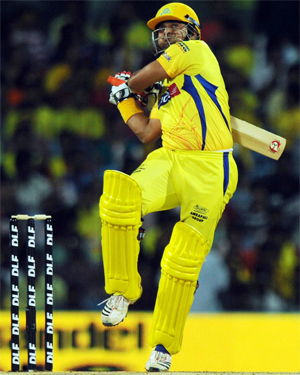 Suresh Raina is another youngster who has benefitted the most from this tournament.

His career can be divided into B-IPL and A-IPL. In B-IPL, i.e, before IPL, he was dropped from the Indian team time and again due to inconsistent performances.

However, come A-IPL, i.e, after IPL, the story is entirely the opposite.

His consistency grew as in his stint with Chennai Super Kings, he has worked on his skills to clear the ropes or at least find the boundary more often than not.

His hard-hitting alongside his rapid running between the wickets makes him the perfect package for T-20 cricket and one of India’s reliable in the shorter formats of the game. 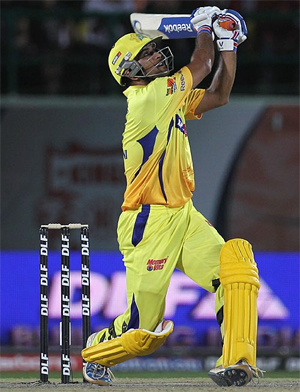 MS Dhoni burst onto the international scene in April 2005, due to his aggressive style of batting and not just his hairstyle.

However, since becoming the Indian captain, he has moulded his batting to become more responsible and value his wicket more than before for the sake of the team.

The IPL was the catalyst in bringing about the change he wished to, even more.

What Dhoni realized is that he could remain naturally attacking in his batting and yet play risk-free cricket.

He has mastered this art over the last four years and that has bought him and his team a huge amount of success.

His strike rate is a stunning 138.61 and it is no wonder that Dhoni and Raina have been responsible in leading Chennai to IPL glory in 2010 and 2011. 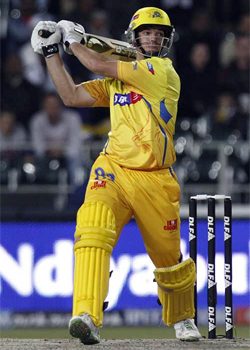 However, Albie Morkel’s role cannot be counted out as well in Chennai’s dream run so far.

He has been in the team for all the four years as Dhoni and Raina, so far and his Klusener-like skills low down the order was why he was retained by Chennai to play for them.

The South African is not burly but the power he generates from the bat is enormous due to his committed swing.

A strike rate of 144.63 is easily the highest in his team and he usually is able to score at that rate, when it is required to. However for Morkel, the IPL actually has made him don the national colours on an irregular basis.

He lost form rapidly for South Africa and these days, he can barely make it to the T-20 side, let alone the ODI side. The plus point from all this though in Chennai’s point of view is that Morkel is 100% committed to playing for the team and that reduces the team management’s headache of finding a replacement player in case he turns out to be unavailable for the season. 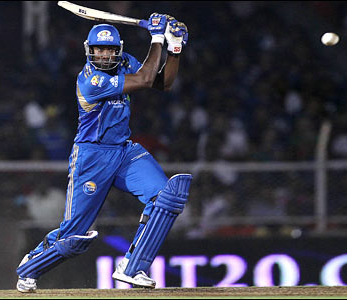 Yusuf Pathan and Albie Morkel are some of the all-rounders who are hard-hitting batters, and so is Kieron Pollard.

Pollard’s name was known to many when he hit a winning half-century against New South Wales for Trinidad and Tobago in the Champions League 2009.

He and his role are similar to what Yusuf Pathan’s is. It is the West Indian’s batting which caught the eye of the Mumbai Indians more than his bowling, and as a result he was picked for $750,000 in the 2010 auction, making him the most expensive player of that season. He is the personification of the term, ‘Stand and deliver’. Pollard can take the game away from any opposition in a matter of a few minutes and that is all what is needed in T-20 cricket.

Though he is slightly inconsistent with the bat, T-20s are all about the small innings scored in lesser amount of time and that is what Pollard is the best at.