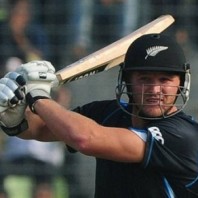 The pace attack of New Zealand, well led by Mitchell McClenaghan and Corey Anderson, let India down in the opening ODI besides a superb ton from Virat Kohli.

The Black Caps hammered 292 for the loss of seven wickets in 50 overs and the Blue Shirts were bowled out for 268 with eight balls to spare.

Corey Anderson (New Zealand) was declared ‘Player of the match’ for his outstanding all round performance.

The first One Day International of the five match series was played on Sunday, January 19, 2014, at McLean Park, Napier.

Earlier, MS Dhoni, won the toss for the visitors, invited the hosts to bat first and got two early wickets for 32. Kane Williamson and Ross Taylor took some time to settle down but kept on ticking the score board. The first hit his seventh ODI fifty in the 26th over and the latter followed him by registering his 25th half century six overs later. 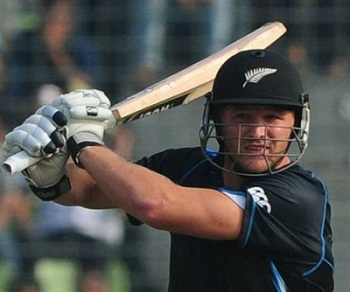 Corey Anderson – Outstanding all round performance

The partnership came to an end at 153 when Williamson lost his wicket for 71 and Taylor departed 18 runs later for 55. The middle order batting of the Kiwis revolved around Corey Anderson who shared a couple of valuable associations with the incoming batsmen. He remained unbeaten for 68 off 40 mere balls with 4 mighty sixes and 3 fours as the home side piled up 7-292 in 50 overs.

Mohammed Shami was the highest wicket taker with four whereas Bhuvneshwar Kumar, Ishant Sharma and Ravindra Jadeja held one wicket each.

India went down by one wicket at 15 when Virat Kohli joined in with Shikhar Dhawan who was dropped at 15. The latter surrendered his wicket at 73 for 32 and the Men in Blue were reeling at 4-129 in 28.2 overs. Kohli went past his fifty in the process as Dhoni got together with him in a demanding situation. The run rate went down for a while but was picked up in the Powerplay overs. Virat Kohli was the most aggressive of the two and smashed his 18th ODI hundred with a four whereas Dhoni was dismissed at 224 for 40. The first became the sixth victim for 123 off just 111 deliveries comprising 2 lofty sixes and 11 fours. The lower order batsmen were unable to accelerate and the entire Indian team was sent back to the pavilion for 268 in 48.4 overs.

Mitchell McClenaghan was the top wicket taker with four, Corey Anderson got two whereas Tim Southee, Adam Milne and Kane Williamson shared one wicket each.

New Zealand initiated the series on a positive note, won the first ODI with a margin of 24 runs and leads the series at 1-0. 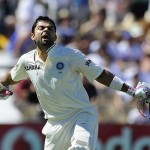 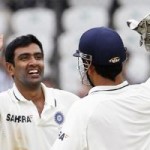 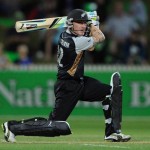