Australia suffered the biggest loss in their T20 history as the target was achieved with 31 balls to spare when Pakistan beat them in the 1st T20 convincingly.

Australia scored 89 runs before their innings was folded back in 19.3 overs and Pakistan hammered 90 runs in 14.5 overs with seven wickets in hand. 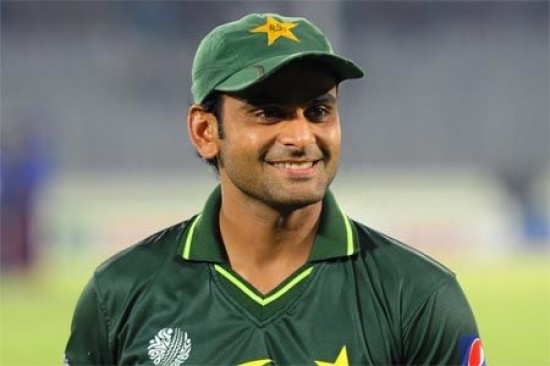 Mohammad Hafeez – ‘Player of the match’ for his all round performance

Mohammad Hafeez (Pakistan) was declared ‘Player of the match’ for his efficient captaincy and all round performance in the game.

The first Twenty20 of the three match series was played on Wednesday, September 5, 2012, at Dubai International Cricket Stadium.

Earlier, the captain of Pakistan, Mohammad Hafeez, won the toss and offered the batting to Australia. The Kangaroos initiated the innings with Shane Watson and the hard hitting David Warner in a typical fast mode by scoring eight runs in the first over. Umar Gul struck in his very first over as Warner was declared leg before wicket for eight runs. The first wicket was lost at 12 as Sohail Tanvir removed Michael Hussey after the addition of just one run.

The skipper of Kangaroos, George Bailey, joined in next with Warner who dispatched a couple of fours to Sohail Tanvir in the fourth over. The third wicket partnership enhanced the score to 46 runs when David Warner was caught and bowled by Mohammad Hafeez for 22 off 25 balls with two fours.

The Pakistani bowlers took over from there as the Kangaroos batsmen found it hard to score the runs against them. The boundaries were dried up and the wickets started crumbling one after the other. George Bailey and Cameron White managed 14 and 15 runs respectively and five of their late order batsmen were unable to touch the double figures. The entire team sent the ball rolling over the fence just thrice as they were bowled out for 89 mere runs with three balls to spare.

Sohail Tanvir was the star performer with three wickets, the debutant Raza Hasan, off spin magician, Saeed Ajmal and Mohammad Hafeez clinched two wickets each and Umar Gul held one.

The Green Shirts opened up in style with Mohammad Hafeez and Imran Nazir by gathering 10 runs in the first over. The batsmen utilised all scoring opportunities which were powered by sweetly timed boundaries. They took the score to 30 in 4.4 overs when Mohammad Hafeez was caught by David Hussey at short midwicket off Pat Cummins for 17 runs. The man in form, Nasir Jamshed, joined in next with Imran Nazir and the pace of scoring was maintained by them.

The second wicket associated for 14 runs as Nasir Jamshed was clean bowled by Ben Hilfenhaus for 10 runs. The wicket fell at 44 runs as Kamran Akmal walked in the centre and the first fifty of the innings was scored in the 8th over. Kamran Akmal opened up in the 10th over off Glenn Maxwell, dispatched the first six of the innings and added 15 runs in the over along with two fours. Imran Nazir found himself stuck at the other end, wanted to accelerate the run rate but was caught by Cameron White at extra cover off Shane Watson for 22 off 24 deliveries with 3 fours.

Pakistan scored 3-68 in 10.5 overs as Shoaib Malik took guard in the centre as Kamran Akmal kept on securing his end. The latter punished White for 12 runs in the 14th over as the first hit the winning four on the fifth ball of the 15th over.

Kamran Akmal remained unbeaten for 31 off 24 balls with 1 six and 3 fours and Shoaib Malik held his end with 9 as Pakistan smashed 90 runs for the loss of just three wickets with 31 balls to spare.

Pakistan won the match comprehensively by a huge margin of seven wickets and leads the three match series 1-0. The second T20 will be held at the same venue on September 7, 2012. 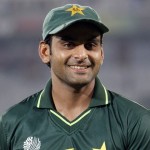 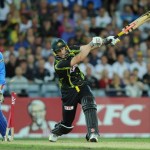