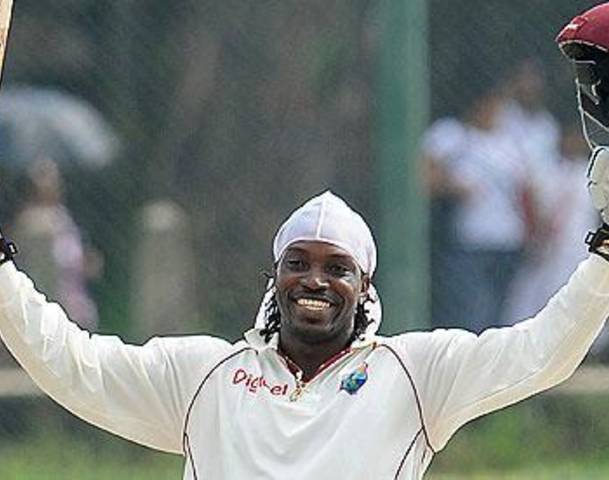 The blistering opening batsman, Chris Gayle, has won the confidence of the WICB selectors and has been named in the team for the 1st Test vs. New Zealand.

The 32-year-old is an aggressive batsman who has the ability to punish any type of bowling all around the cricketing world. The bowlers get harsh treatment from his bat once he gets going and he is among one of the best T20 batsmen in the globe.

Chris Gayle – Back in the West Indies Test squad

Gayle did not enjoy good terms with the West Indies Cricket Board previously and was neglected for nearly 18 months. The issues with the board have recently been settled, he rejoined the Windies and started playing for the nation. He appeared in the second One Day International against England on June 19, 2012, at Kennington Oval, London, almost after 16 months.

The left hand middle order batsman has recovered fully from a side strain which kept him out of the last and final Test played against England at Edgbaston, Birmingham, in June 2012. He played his last Test vs. the hosts England at Trent Bridge, Nottingham, in May, 2012.

Darren Bravo, another competent batsman of the Windies has not been considered for selection as he is still recovering from a groin injury.

The right arm off spinner, Sunil Narine and the left hand middle order batsman, Assad Fudadin, both made their Test debut vs. England on June 7, 2012, at Edgbaston, Birmingham and have been included in the side.

He was given the charge of captaincy in October 2010, for the away series against Sri Lanka. He has led the side in 19 Tests, won 2 and lost 8, whereas 9 ended in a draw.