The star opener of India, Gautam Gambhir, observed that India took Sri Lanka light in the second ODI and that cost them a heavy defeat by a margin of nine wickets.

The second One Day International of the five match series was played on July 24, 2012, at Mahinda Rajapaksa International Cricket Stadium, Sooriyawewa, Hambantota. The star studded Indian squad was bowled out for 138 mere runs in 33.3 overs and was unable to sustain the pressure of the Lankan Lion’s quality pace attack. 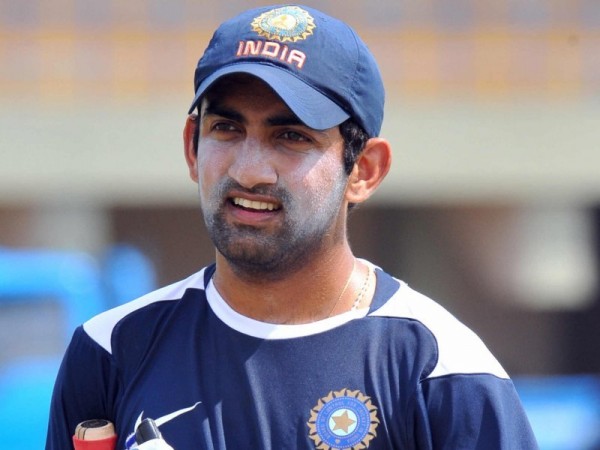 Gautam Gambhir was their top scorer with 65 runs off 96 balls with the assistance of 4 fours. Ravichandran Aashwin contributed 21 runs off 15 deliveries with 3 fours whereas Virender Sehwag and MS Dhoni managed 15 and 11 runs respectively. Seven of their batsmen were unable to touch the double figures as well as to resist the bowling attack of the Islanders.

The fast bowling trio of Thisara Perera, Angelo Mathews and Lasith Malinga shared eight wickets among them and the Men in Blue did not have any answer to their lethal bowling.

The Indian skipper, MS Dhoni, blamed the pitch for resulting  in the poor performance of the batsmen and said that it was slower compared to the previous pitch where they played the first ODI.

Mahela Jayawardene was confident that there was nothing wrong with the pitch and the disaster of Indian batting was due to a calculated and dangerous bowling of his bowlers.

Gautam Gambhir thought that the visitors took the hosts lightly and in fact Sri Lanka is an extremely competitive side especially at their home grounds. He was convinced that India can only beat Sri Lanka if they counter attack the Islanders accordingly with a better game plan. Gambhir further commented,

“We can’t take Sri Lanka lightly at any stage. They are a very good side especially in their own backyard so it is important that we got to be ready for this challenge tomorrow and whatever they throw at us we should be able to give it back to them.”

India started the series on a promising note by winning the first ODI played on July 21, 2012, at the same venue. They piled up 314 runs in the measured 50 overs for the loss of six wickets. Virat Kohli was their top scorer by smashing 106 runs, Virender Sehwag was unlucky to lose his wicket for 96 and Suresh Raina scored 50 runs.

Sri Lanka was restricted to 293 runs with one wicket in hand at the end of the 50th over, Kumar Sangakkara dispatched 133 runs and Thisara Perera contributed 44 runs.

The Blue Shirts won the match by 21 runs and that was a nice beginning of their new season. Gautam Gambhir believed that his team became overconfident after amassing 300 plus runs in the first game, they approached the opposition casually and suffered a decline in the following match. He said,

“Sometimes what happens is when you have made 300-plus runs and you are coming after a break and end up winning the first game, you can take things for granted thinking that we have got 300, so we can again turn up and get 300. It is a good wake-up call for us that we can’t.”