The star opener of England, Alastair Cook is confident that his team is capable enough of bouncing back and win the second Test against the dreadful South Africa.

The world no.1, England, was humiliated by the visiting Proteas in the first Test by an innings and 12 runs on July 23, 2012, at Kennington Oval, London. England scored 385 runs in the first innings before the entire team was bowled out after utilising 125.5 overs. Alastair Cook was the top scorer with 115 runs whereas Jonathan Trott and Matt Prior scored fifties.

The total looked substantial, keeping in view the fearsome bowling attack of the home side. They have done wonders for England against mighty sides like India and Australia last season and won the Test series 2-0 vs. West Indies in May-June, 2012. 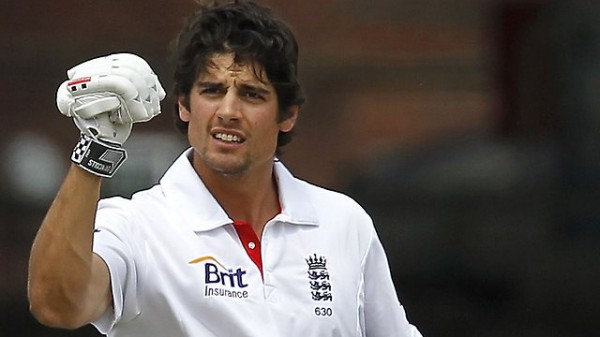 The hosts were able to get two mere wickets of the visitors and three batsmen of South Africa ended up with centuries. The run machine of the visitors, Hashim Amla was at his best and had the honour of being the only South African to hammer a triple century in Test cricket. He remained unbeaten for 311 and one of the greatest all rounders of the present day game, Jacques Kallis, secured his end with 182 runs.

The skipper, Graeme Smith, led his team from the front by thrashing 131 runs while opening the innings and the only batsman who could not impress for them was Alviro Petersen who was declared leg before wicket for a duck.

England’s second innings was folded back for 240 runs and they were unable to cope with the deadly bowling attack of the South Africans. Dale Steyn broke the back of their batting by grasping five important wickets and the visitors won the first Test convincingly.

Alastair Cook believes that England is a well balanced side in each department of the game and their past record is evident of that. His team should handle the pressure according to the situation and they are capable of teaching a lesson to the Proteas. He said,

“In Test cricket, momentum and pressure ebbs and flows. And if we get a chance we need to put them under some pressure. If you look at the team we have got a lot of people with a lot of experience. We have been through a lot of different situations as a side and we know how to deal with them.”

Alastair Cook has played 81 Tests for England, piled up 6475 runs at an excellent average of 48.68, the best of 294 with 20 centuries and 29 fifties. He has assured the Englishmen that it is not difficult to beat the South Africans. The home side has to forget about the first Test, regroup their abilities and if they fight hard throughout the five days of the second Test, they can win the next match. Cook encouraged his team mates by saying,

“It would be an amazing achievement to beat a side like South Africa and it is certainly not out of the question. I know it’s all doom and gloom now but we know how things can happen in Test cricket. We have just got to make sure we steel ourselves for fighting for those five days.”

The second Test of the three match series will commence from August 2, 2012, at Headingley, Leeds.