The prominent batsman of England, Kevin Pietersen, hung his boots from ODIs and T20s, in both formats of the game while being at his peak. 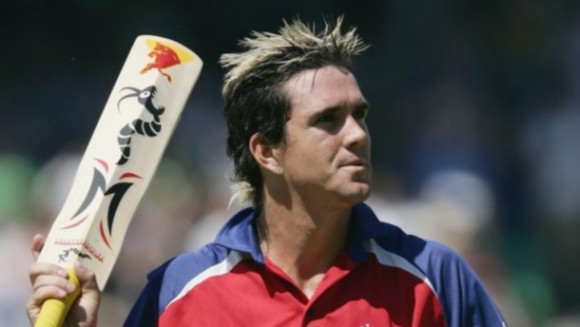 The attacking batsman has taken himself away from the shorter versions of the game with an immediate effect. He will be concentrating only on the longer version of the game and will be available for Test cricket for England.

The managing director of England Cricket, Hugh Morris has appreciated the services rendered by Pietersen for the nation in limited overs cricket and acknowledged it by saying,

“Kevin is a world-class player and we would like to take this opportunity to thank him for his efforts and we look forward to his continued contributions towards the Test match side.”

He is an attacking batsman by nature and always tries to dictate his terms against any type of bowling all across the globe. His team always expects him to deliver in trying conditions and he is capable of handling the difficult situations of a match.

Pietersen made his debut in One Day International against Zimbabwe on November 28, 2004 at Harare Sports Club and remained unbeaten for 27 runs in the match that was won by England with a margin of five wickets. He appeared in the last match against Pakistan on February 21, 2012 at Dubai International Cricket Stadium and smashed 130 runs while opening the innings as England won the match by four wickets.

Pietersen was at his peak when he decided to quit the limited over cricket and scored unbeaten 111 and 130 in his last two innings against Pakistan. He has appeared in 127 ODIs, socred 4184 runs at an excellent average of 41.84, the best of 130 with 9 centuries and 23 fifties.

The 31-year-old started his career in Twenty20 vs. Australia on June 13, 2005 at The Rose Bowl, Southampton and scored 34 off 18 balls with 1 six and 3 fours as the hosts won the match by a huge margin of 100 runs. He played his last game against Pakistan on February 27, 2012 at Sheikh Zayed Stadium, Abu Dhabi, thrashed unbeaten 62 runs off 52 deliveries with 1 six and 6 sixes as the visitors won the match by five runs.

Pietersen was proud of his achievements in both formats of the game and believed it was the right time to vacate the place for the youngsters who will be handy for England in the time to come. He further said,

“With the intensity of the international schedule and the increasing demands on my body, I think it is the right time to step aside and let the next generation of players come through to gain experience for the World Cup in 2015.I am immensely proud of my achievements in the one-day game but still wish to be considered for selection for England in Test cricket.” 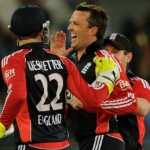