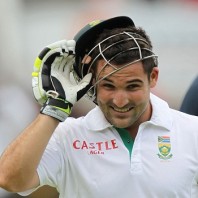 India A in trouble vs. South Africa A – 2nd unofficial Test

South Africa A continued their dominance in the second unofficial Test against India A on the third day and the hosts anticipate a victory on the final day.

South Africa A hammered 341 runs in the first innings and declared their second at 166 in 63 overs for the loss of five wickets. India A was bowled out for 201 in their first innings and scored 3 while losing one wicket.

The third day of the second unofficial Test came to an end on Monday, August 26, 2013, at LC de Villiers Oval, Pretoria. 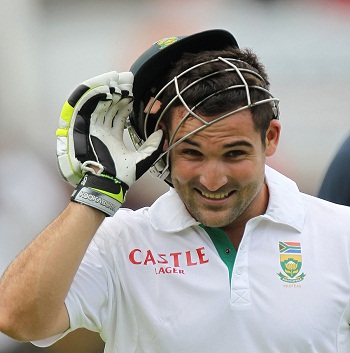 Earlier, the visitors commenced the day at 6-145 after 51.3 overs whereas Ambati Rayudu and Parvez Rasool were batting at 14 and 0 runs. The batsmen started off nicely by 5 fours in the following overs and took the score to 177 when Raudu was gone for 29. Parvez Rasool held his end while scoring useful runs as the tail was vanished without any resistance. He scored 32 off 68 balls with 5 fours as the innings of India A was folded back for 201 in 70.1 overs.

Beuran Hendricks was the star performer with five wickets, Simon Harmer got four whereas Kyle Abbott claimed one wicket.

The home side gained a first innings valuable lead of 140 runs and their second innings was opened by Reeza Hendricks and Dean Elgar. The beginning was too slow since they scored just 25 runs in the initial 15 overs with 2 fours from the latter. Hendricks tasted his first four on the 69th ball he faced while Elgar added 11 runs in the 25th over with 1 six and 1 four. The first wicket fell at 53 when Hendricks was caught by Dinesh Karthik off Shahbaz Nadeem for 20 runs. The incoming batsman, Rilee Rossouw, was unable to score any run and was replaced by Temba Bavuma.

The duo found it difficult to score the runs but they kept on crawling and hit a couple of fours in the coming overs. Dean Elgar smashed his 24th First-class fifty in the 44th over with a four. The score went past the hundred runs mark in the 49th one and the score was enhanced to 109 when the stumps of Dean Elgar were broken by Parvez Rasool for 62 off 156 deliveries with 5 fours. Temba Bavuma and his skipper Justin Ontong were the other main scorers for 27 and 35 runs respectively as their second innings was declared for 166 after utilising 63 overs.

Shahbaz Nadeem was the top wicket taker with three whereas Ishwar Pandey and Parvez Rasool shared one wicket each.

India A required 307 runs to win the game and Murali Vijay continued with his poor form when he was dismissed for a duck. The India A captain, Cheteshwar Pujara, and Shahbaz Nadeem were at the crease for 2 and 0 runs and the tourists reached 3 in four overs at stumps on day three.

India A face an uphill task of scoring another 304 runs to win the second unofficial Test whereas South Africa A looks in total command at the moment. 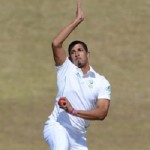 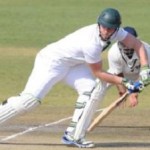