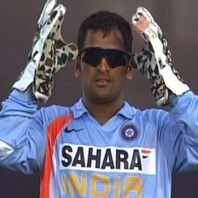 The in-form captain of India, MS Dhoni was unsatisfied with the bowling and batting performance of his team besides winning the second ODI vs. England.

The Men in Blue clinched the second One Day International against England by a mammoth margin of 127 runs. The second match of the five ODI series was held at Nehru Stadium, Kochi, on Tuesday, January 15, 2013. The home side had a bad start while losing two quick wickets for just 18 runs when both their openers, Gautam Gambhir and Ajinkya Rahane went back to the pavilion. The next two batsmen, Virat Kohli and Yuvraj Singh, were cruising along well but lost their wickets for 37 and 32 runs respectively.

The Blue Shirts lost the inaugural match of the series vs. England by a small margin of nine runs on January 11, 2013, at Saurashtra Cricket Association Stadium, Rajkot. The visitors piled up 325 runs while batting first and the hosts fell short of nine runs with one wicket in hand in 50 overs.

Pakistan visited India for a short series of two Twenty20s and three ODIs in December-January 2012-13. The Men in Blue squared the two match T20 series at 1-1 but lost the ODI encounters 2-1. The top order batting of India crumbled in the first ODI on December 30, 2013, at MA Chidambaram Stadium, Chepauk, Chennai. They had lost five wickets for mere 29 runs and were heading towards a disaster when Dhoni thrashed 113 runs. The home side ended up by scoring 227 runs for the loss of six wickets and lost the match by six wickets.

The tourists scored 250 runs in the second game at Eden Gardens, Kolkata, on January 3, 2013. The top order batting of the hosts let them down again when they were struggling at 4-70,  their innings was folded back for 165 runs with two overs to spare and once again surrendered the match by 85 runs.

Misery in the batting department for India continued in the final match of the series that was played on January 6, 2013, at Feroz Shah Kotla, Delhi. The rival bowlers pushed them in the corner by grabbing their first four wickets for 63 runs as they reached 167 before they were bowled out. The ground fielding of the Men in Blue was exceptional in that match and won them the final encounter by 10 runs. 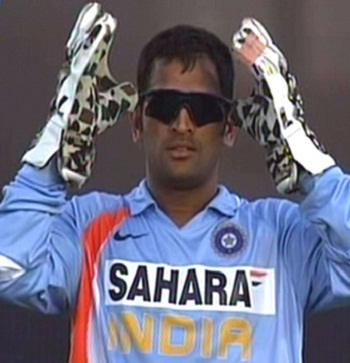 MS Dhoni – Wants his batsmen and bowlers to perform well

MS Dhoni is leading his side from the front and has scored 58, 113*, 54*, 36, 32 and 72 in his last six outings. He believed that the performance of the home batsmen especially the top order ones, requires a lot of improvement and the bowlers should support them well if they want to produce positive results. He was pleased with the fielding department and commented,

“We’re going through a stage when we don’t have the same firepower when it comes to the bowling department. Our batting department is not able to convert those starts into a big innings. But we’re fielding really well, and that’s a big positive for us.”

The Indian batting recovered from an early shock in the second ODI against England but Virat Kohli and Yuvraj Singh lost their wickets in thirties. The middle order batting consolidated the innings which was well led by the skipper himself as he smashed 72 runs off just 66 balls. Suresh Raina assisted him well by scoring 55 runs and Ravindra Jadeja played a great fiery innings of 61 from mere 37 balls. India hammered 285 runs after losing 6 wickets and won the match by 127 runs.

Dhoni wanted his batsmen to convert their twenties and thirties into fifties and at least a couple of them should go past the 75 runs mark which can enable them to win the match. He further said,

“If three or four batsmen make 50, then it’s important at least one or two of them go on to make at least 75. So that the new batsmen coming after them, when say two quick wickets fall, then they won’t feel that much pressure. I think it’s very important.”

The third One Day International of the ongoing series with England will take place at HEC International Cricket Stadium Complex, Ranchi. MS Dhoni anticipates that the batting and bowling of his team will click together so that they can grasp the series.