The majestic captain of Australia, Michael Clarke has been ruled out of the important Third final against Sri Lanka and the limited over games vs. West Indies to be played in March 2012 due left hamstring injury. 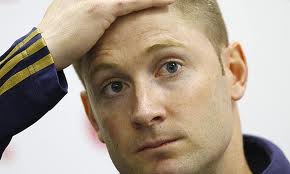 Earlier, Clarke was given rest during the Commonwealth Bank Series and the leadership was handed over to Ricky Ponting in the sixth match of the series at Sydney Cricket Ground on February 17, 2012, against Sri Lanka which was surrendered by eight wickets.

Ponting officiated until their next encounter Against India on February 19, 2012 at Brisbane Cricket Ground which was won by 110 runs. That proved to be the last ODI for the ex-captain due to his continuous dismal performance in the limited over games.

Clarke banged in again and took over his assignment vs. Sri Lanka in the ninth match at Bellerive Oval, Hobart on February 24, 2012, which the home side lost by three wickets, and he was unable to continue in the next couple of games.

Shane Watson was declared fit and he took charge of the national squad from 10th match at Sydney Cricket Ground on February 26, 2012 vs. India which was won by 87 runs. He continued until the next encounter at Melbourne Cricket Ground on March 2, 2012, against Sri Lanka which was lost by 9 runs and Sri Lanka qualified for the finals.

Clark took over the captaincy again and led the Kangaroos in the first two finals of the series with Sri Lanka. Australia won the first thrilling final by 15 runs at Brisbane on March 4, 2012, where David Warner thrashed career best 163 runs.

The Lankan Lions bounced back in the second final at Adelaide Oval on March 6, 2012, when they disgraced the home side by a huge margin of eight wickets. Clarke led the team from the front by smashing 117 runs, Warner hammered his consecutive ton in the finals but all went in vein after Tillakaratne Dilshan and Mahela Jayawardene piled up 179 runs partnership for the first wicket as the first ended up with 106 runs.

Michael Clarke has been facing fitness problems in his career and has missed quite a few ODIs but never missed a Test ever since he made his debut in the longer versions of the game vs. India on October 6, 2004 at Bangalore.

The Australian Coach, Micky Arthur had an interesting statistics from the career of Clarke where he missed 15 ODIs but not a single Test. He revealed,

“We were just looking through the stats last night, funnily enough, when we were having a chat. I think Mike has missed 15 ODIs through injury [and] he hasn’t missed a Test yet. That’s a pretty good record so no area for concern just yet.”

Arthur confirmed that history of Clarke will be repeated once again when he will miss the ODI series against West Indies but take part in the Test series. He confirmed that the risk was taken to induct Clarke in the finals duo to their importance which enhanced his injury. Arthur further commented,

“It doesn’t look great for certainly the early part of the one-day series in the West Indies. In your round robin phases it’s obviously about building a base and giving opportunities. But when you get to the finals, we were always prepared to risk a player in order to win a final. So I certainly think it was worth the risk.”

The third and last final of the tri-series will be played against Sri Lanka at Adelaide Oval on March 8, 2012 and Australia will miss the services of their captain followed by the ODI series vs. West Indies. 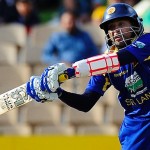 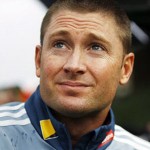