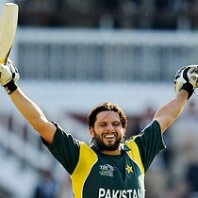 The ex- captain and a prominent all-rounder of the cricket world, Shahid Afridi, has stressed that Pakistan needs new and energetic players to boost their team.

The Green Shirts had a dismal tour of England where they performed badly during the recently concluded 2013 ICC Champions Trophy. They were placed in Group B of the tournament along with India, South Africa and West Indies. The Men in Green were routed in all three games and they were unable to win a single match due to a poor show by their strong looking batting line up. They were bowled out in all three encounters by the rival teams and their batsmen surrendered without a fight in all games. The Pakistani skipper, Misbah-ul-Haq, along with the young opener, Nasir Jamshed, were the only two notable batsmen who fought well during the championship.

The first match of the trophy was played against West Indies on June 7, 2013, at Kennington Oval, London. The entire Pakistani team was bowled out for 170 with two overs still remaining in the game and the Windies achieved the target by smashing 172 runs in 40.4 overs.

The second game was held at Edgbaston, Birmingham, on June 10, 2013, vs. South Africa. The Proteas piled up 234 runs for the loss of 9 wickets in the allocated 50 overs, the Green Shirts were sent back to the pavilion for 167 in 45 overs and the match was lost by a big margin of 67 runs.

The third and final encounter of the event was played against their arch rivals, India, on June 15, 2013, at Edgbaston, Birmingham. The Pakistani batting line up failed again and they were restricted to 165 in 39.4 overs as the match was limited to 40 overs. The Blue Shirts thrashed 2-102 while chasing a target of 102 in 22 overs (Duckworth/Lewis method) and clinched the game by a mammoth difference of eight wickets. 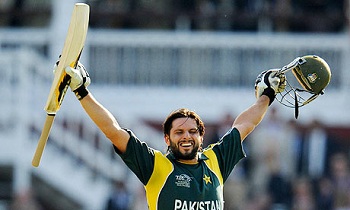 The performance of the Pakistani team especially of their batsmen was criticized by cricket lovers in Pakistan and abroad. The critics of the game and other circles demanded major changes in the batting line to bring the team on top ranking once again. Shahid Afridi also encouraged the selectors to induct new and young faces in the team. He said,

“The selectors should start trying out some new players with the future in mind but it would be risky to make too many changes in the team. Even our bench strength is not bad, we have some good talented players who can be given a proper run to establish themselves in international cricket.”

Shahid Afridi has appeared in 354 One Day Internationals for Pakistan and scored 6287 runs at an average of 23.45, the best of 124 with 6 centuries and 34 fifties. The 33-year-old has grabbed 348 wickets averaging 34.30 runs per wicket with the best of 6 for 38 in a match. Afridi is one of the strong contenders for the national side which is due to tour West Indies and Zimbabwe for the limited overs games. The all-rounder confirmed that he has rectified his shortcomings and is ready for selection. He further commented on his form by saying,

“I have been training hard for the coming tour to West Indies and I feel I am in rhythm for the tough tour. I am confident I can still give a lot to Pakistan cricket.” 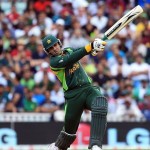 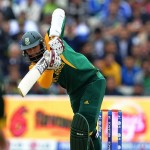 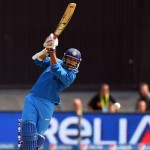