Ravi Bopara and Ian Bell astonished Australia with a smooth chase of the easy looking target as England crushed the visitors in the successive ODI.

Australia scored 251 runs with three wickets in hand at the end of the scheduled 50 overs and England completed the victory by plundering 252 runs for the loss of just four wickets. 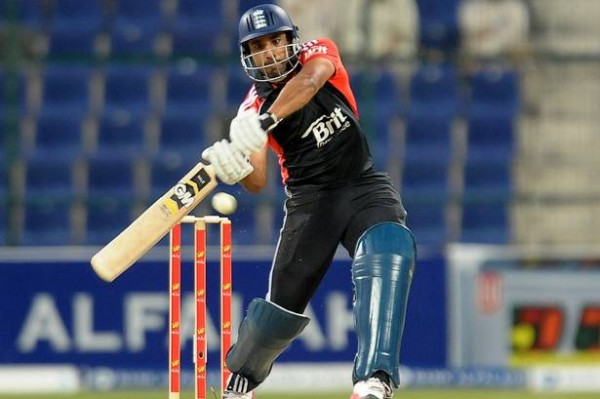 Ravi Bopara – ‘Player of the match’ for his all round performance

Ravi Bopara (England) was declared ‘Player of the match’ for his match winning knock of 82 runs and for securing one wicket.

The second One Day International of the five match series was played on Sunday, July 1, 2012, at Kennington Oval, London.

Earlier, the captain of Australia, Michael Clarke, won the toss and opted to bat with an intention to score defendable total. Shane Watson and David Warner opened the innings but found it difficult to score the runs freely against the accurate bowling of England and lost the latter at 15 runs in 4.1 overs at his individual score of 10. Peter Forrest joined in next with Watson who opened up with 3 fours in the sixth over and the first fifty of the innings was scored in the 13th over.

The second wicket partnership produced 51 runs when Forrest was caught behind by the wicketkeeper Craig Kieswetter off Chris Broad for 12. Clarke tried to consolidate the innings with Watson who attained his fifty on the first ball of the 20th over with a four. The third wicket fell at 101 runs as Clarke was gone for 10 and 27 runs later Shane Watson was caught by Steven Finn on the deep midwicket boundary off Graeme Swann for 66 from 80 balls with 8 fours.

George Bailey and David Hussey negotiated the rival bowling according to merit as the first was the most aggressive of the two and hit a couple of fours in the 39th over. The run rate was escalated by the duo and Bailey achieved his fifty in the 42nd over. They took the score to 206 in 44.1 overs as David Hussey was unluckily run out for 29 runs. George Bailey was clean bowled by Tim Bresnan for 65 off 86 deliveries with 7 fours after adding 16 runs to the total.

Brett Lee scored 20 quick fired runs off 11 balls with the only six of the innings and the Kangaroos managed 251 runs for the loss of seven wickets at the end of the 50th over.

Bresnan was the highest wicket taker with two whereas Steven Finn, Stuart Broad, Ravi Bopara and Graeme Swann claimed one wicket each.

England initiated the innings reasonably well with their skipper Alastair Cook and the in form batsman, Ian Bell as they collected 33 runs in the first five overs. The first wicket produced 40 runs in 6.1 overs when Cook was declared leg before wicket for 18 runs. Jonathan Trott took guards next and tried to force the pace of scoring along with Bell who hit a six on the first ball of the 15th over off Shane Watson. Trott was clean bowled on the fifth ball of the same over for 17 after accumulating 41 runs for the second wicket.

Ravi Bopara came in next but remained defensive for quite a while as Bell kept on consolidating from the other end with useful boundaries. Ian Bell smashed his fifty on the second ball of the 23rd over which was his third from the four innings after his recall in the ODI squad recently. Bopara played a composed innings with occasional boundaries and the 150 of the innings was scored in the 29th over.

Michael Clarke utilized six bowlers to dismantle the partnership but both batsmen did not provide any chance to them. Clarke introduced himself in the attack in the 34th over and provided the much needed breakthrough for his team when he uprooted the stumps of Ian Bell who thrashed 75 off 113 deliveries with 1 six and 6 fours. The third wicket partnership was worth 90 runs that fell at 171 as the attacking batsman, Eoin Morgan came in the centre.

Bopara posted another fifty of his career in the 35th over as Morgan made his presence felt by dispatching two fours in the 37th over. The tempo of the game was uplifted by the two batsmen and the boundaries were flowing freely from their bats. Ravi Bopara was unluckily run out for 82 off 85 balls with the assistance of 8 fours just a couple of runs before the victory.

Eoin Morgan remained unbeaten for 43 from 40 deliveries with 5 fours as England achieved the target by hammering 252 runs in 45.4 overs with six wickets in hand.

Clint McKay, David Hussey and Michael Clarke were the only three successful bowlers with one wicket each.

England won the match comprehensively by a big margin of six wickets and is leading the five match series 2-0 as the third ODI will be played on July 4, 2012, at Edgbaston, Birmingham. 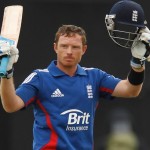