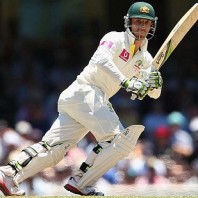 The ambitious Lankan Lions got back into the match while taking six top wickets of the Kangaroos with a minimum lead as three home batsmen scored fifties.

Sri Lanka managed 294 runs in their first innings and Australia responded with 342 for the loss of six wickets.

The Australian innings was opened by David Warner and Ed Cowan in style as the first hit three consecutive fours in the fourth over. Cowan was playing a defensive game and he was run out for just four runs out of a  total of 36 when the young Phillip Hughes replaced him. Warner carried on with his typical aggressive innings while Hughes also preferred to play his shots. David Warner achieved his fourth back to back Test fifty, which was his overall fifth in the longer version of the game, on the first ball of the 12th over with a four. Hughes kept on consolidating from his end and the first hundred of the innings appeared on board in the 19th over. 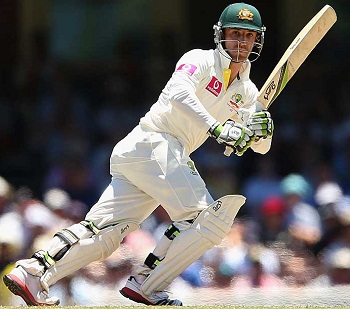 Phillip Hughes reached his fifth Test half century on the first ball of the 27th over as Warner survived a review for leg before wicket in the next over. The duo was unstoppable, was sending the ball out of the fence at regular intervals and lifted the score to 166 in 34.5 overs. David Warner was caught superbly at that point by Dhammika Prasad off Tillakaratne Dilshan for 85 from just 84 balls with 10 fours. The Australian skipper, Michael Clarke, joined in with Hughes and opened his account with a boundary. The third wicket partnership did not last long and was dislodged at 195 when Phillip Hughes was caught behind by the wicket keeper Dinesh Chandimal at the bowling of Rangana Herath for 87 off 143 deliveries with 9 fours.

Michael Hussey, who has announced his retirement from Test cricket after this match, came in next and received a warm applause from his team mates and the crowd present in the stadium. The run rate was checked by the visitors and Clarke broke the silence by getting 12 runs in the 52nd over with 1 six and 1 four. Hussy was playing a subdued innings and could not post a boundary on the fifty balls he faced. He was unluckily run out for 25 by a fiery direct throw by Dimuth Karunaratne from cover.

Matthew Wade took guards at the wicket next as Michael Clarke attained his 25th Test fifty but was caught at the same score by Karunaratne at midwicket off Rangana Herath. The fifth wicket fell at 271 as Mitchell Johnson appeared in the park and opened up with a four. Wade was dropped by Karunaratne at short leg off Herath at 22 and the third hundred of the hosts was displayed on screen in the 79th over. Mitchell Johnson became the next victim after scoring 13 runs as Peter Siddle got together with Wade.

The Kangaroos reached 342 in 88 overs with four wickets in hand at stumps on the second day whereas Matthew Wade and Peter Siddle were unbeaten with 47 and 16 runs respectively.

Rangana Herath took two wickets whereas Nuwan Pradeep and Tillakaratne Dilshan ended up with one each.

Australia has taken a first innings vital lead of 48 runs and the remaining four batsmen can enhance it a bit more. Sri Lanka will try to wipe off the tail quickly so that they remain in the game otherwise a substantial first innings lead by the home side can put them under immense pressure. 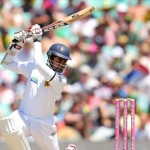 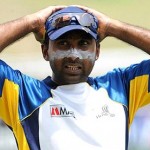