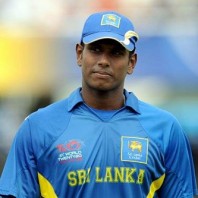 The Lankan Lions bounced back in the five ODI series with a smooth team work and became victorious against the Green Caps besides a ton by Ahmed Shehzad.

The Green Shirts scored 284 runs for the loss of just four wickets in 50 overs whereas the Islanders hammered 287 with two wickets in hand and even balls remaining.

Angelo Mathews (Sri Lanka) was declared ‘Player of the match’ for his excellent captaincy and a match winning knock of 47. 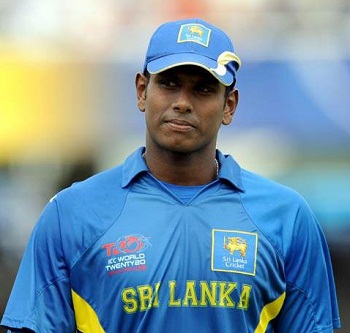 Angelo Mathews – ‘Player of the match’

Earlier, Angelo Mathews, the skipper of the Lankan Lions, won the toss and offered the batting to the home side that lost their first wicket at eight runs. Mohammad Hafeez along with Ahmed Shehazad started the consolidation process and the first was dropped at 16. The second wicket fell at 84 when Mohammad Hafeez was run out for 32 as Sohaib Maqsood took guards next. Ahmed Shehzad reached his fifty in the 24th over and the latter was gone for 18.

The captain of Pakistan, Misbah-ul-Haq, joined in with Ahmed Shehzad who smashed his fourth ODI hundred in the process. They run rate was lifted by the two batsmen and the fourth wicket fell at 233 when the latter was declared leg before wicket off Nuwan Kulasekara for 124. Misbah-ul-Haq and Shahid Afridi remained unbeaten for 59 and 30 as the hosts managed 4-284 in 50 overs.

Nuwan Kulasekara, Seekkuge Prasanna and Sachithra Senanayake were the only wicket takers with one each.

The Islanders went down by two wickets when Kusal  Perera and Tillakaratne Dilshan were run out for 16 and 40. Kumar Sangakka and Dinesh Chandimal regularised the innings with concentration and crossed the hundred runs mark with a six. The first attained his 82nd ODI half century but was clean bowled by Saeed Ajmal for 58 as the score touched 159. Chandimal followed him nine runs later for 44 and the Islanders were reeling at 5-173 in 35.4 overs.

Angelo Mathews and Nuwan Kulasekara kept the chase on bravely with continuous boundaries. They enhanced the score to 230 when Kulasekara became the next victim for 32. Angelo Mathews played a responsible knock of 47 before he went back to the pavilion as the tourists powered 287 after losing eight wickets in 49.4 overs.

Junaid Khan was the chief wicket taker with three, Shahid Afridi held two and Saeed Ajmal got one wicket.

Sri Lanka won the second ODI with a close margin of two wickets and levelled the series at 1-1. 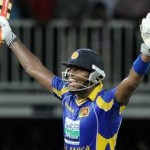 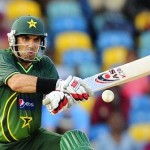 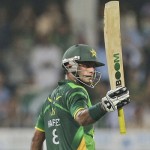