The emerging sensational off spinner Sunil Narine was gratified with his performance in the two T20s vs. New Zealand after his dismal bowling vs. England earlier.

Narine was a proud member of the Kolkata Knight Riders who won the Indian Premier League 2012 tournament while beating Chennai Super Kings by five wickets on May 27, 2012, at Chennai. He bowled excellently for his team and became the second highest wicket taker of the tournament by grabbing 24 wickets at an excellent average of 13.50 runs per wicket with the best of 5-19.

The 24-year-old was awarded Test cap in the third and final match against England on June 7, 2012, at Edgbaston, Birmingham, but remained wicketless after delivering 15 overs in the rain affected drawn game. He took part in two One Day Internationals on the tour and managed just one wicket off 20 overs. The only Twenty20 vs. England was played on June 24, 2012, at Trent Bridge, Nottingham. The visitors lost the match by a huge margin of seven wickets, once again Narine was unable to impress with the ball and was unable to get any wicket. 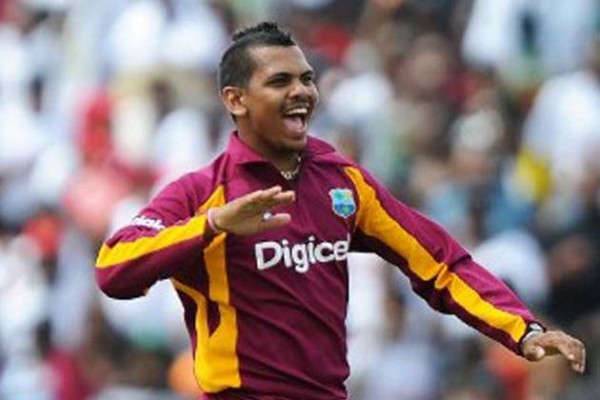 Sunil Narine – Pleased with his performance in T20s vs. New Zealand

The series against New Zealand was important for Sunil Narine and he bounced back in the two T20s. He became the highest wicket taker by clinching 7 wickets at a super average of 6.57 with the best of 4-12. The West Indies batsmen butchered the bowling attack of New Zealand and put enough runs on board which encouraged the Caribbean bowlers to take some liberties while bowling. Narine was thrilled with his bowling and narrated by saying,

“I have to say it was a great effort by everyone in the team and I really enjoyed bowling. In both matches the batsmen put up good scores and gave me runs to bowl at, so I knew the onus was on me to get the ball in the right areas and once I did that, the ball would work for me.”

The Kiwis were bowled out for 153 runs in 18.3 overs and Sunil Narine was the highest wicket taker with three as Caribbeans won the match by 56 runs.

The 2nd and final T20 was held at the same venue on July 1, 2012, and West Indies amassed 177 runs in the allotted 20 overs, Gayle once again top scored with 53 runs. The innings of New Zealand was rolled back for 116 mere runs in 18.4 overs and Narine ripped through their batting by grasping 4-12 runs. He was declared ‘Player of the match’ for his sterling performance in the game. Sunil Narine was delighted with his individual achievement and the result of the matches. He commented after the conclusion of the second match by expressing,

“The wicket suited my style of bowling. My strategy was to go out and do what I’m accustomed to – that is to go out and get wickets for the West Indies. I felt I did my job quite well today and everyone is happy with the outcome.”

West Indies has won the T20 series 2-0 and they will anticipate the same performance from Sunil Narine in the forthcoming 5 ODIs and 2 Test match series.