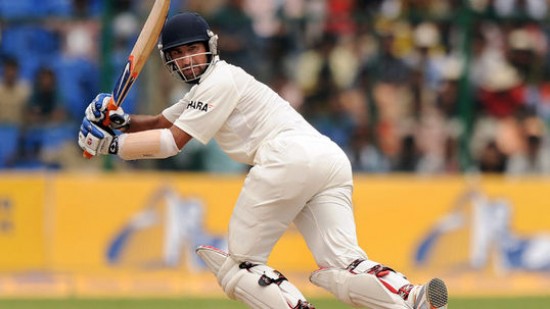 Cheteshwar Pujara set aside the Indian Worries after the retirement of Rahul Dravid by leading India A to a composed victory over West Indies A with his solid batting.

Pujara scored 50 in the first innings of India A, and held the innings together single handed with a thrilling unbeaten knock of 96 in the second. The captain of the side led them from the front in both innings and achieved an unbelievable victory.

Cheteshwar Pujara (India A) was declared ‘Player of the match’ for his excellent batting in the match.

Earlier, India A started the fourth and final day at a critical condition as they were reeling at 22 for 3 in 10 overs at the end of the third day’s play. Three of their top order batsmen, Abhinav Mukund, Ajinkya Rahane and Rahul Sharma went back to the pavilion for 0, 5 and 3 runs respectively. Shikhar Dhawan was unbeaten for 13 and Cheteshwar Pujara had yet to open his account.

Pujara started off from where he left in the first innings and tried to consolidate the innings with determination. The visitors faced an early blow when they lost their fourth wicket with the addition of just two runs in the overnight score as Dhawan was clean bowled by Delorn Johnson for 13.

Rohit Sharma came in next under trying conditions and provided some support to Pujara who was doing fine at the other end. The Windies A bowlers stuck to their task and the Indian A batsmen found it hard to score the runs easily. The fifth wicket partnership contributed 44 runs when Rohit Sharma became the fifth victim at his individual score of 23 runs.

It was left to the skipper Cheteshwar Pujara, to take the boat out of the storm as the wickets kept on falling at regular intervals from the other end. India A was facing an uphill task after losing 8 wickets for 115 runs and they still required 71 runs to win the encounter. The young gun, Shami Ahmed appeared in the centre when the West Indies A were predicting an easy win by clinching the last two wickets. The weather was the main threat as far as the result of the match was concerned and the play was interrupted by rain for at least thrice.

The 22-year-old Shami Ahmed held his nerves and secured his end while accumulating useful runs as Pujara kept on minimising the victory margin from the other side. India A needed 20 runs more to win the match in the last session after rain disturbed the play again and the West Indies A was looking for two quick wickets.

The 24-year-old Cheteshwar Pujara saw the visitors through to the target ably supported by Shami Ahmed and India A, won the thrilling match by smashing 188 runs for the loss of 8 wickets. Pujara remained unbeaten for 96 off 222 balls with 10 fours as Shami Ahmed was at the crease at 27 from 60 deliveries comprising one six and a couple of fours.

India A won the exciting match by two wickets and they are leading the three match series 1-0. The second unofficial Test between the two teams will commence from June 9, 2012 at Arnos Vale Ground, Kingston, St Vincent. 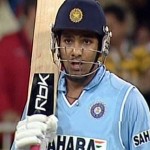