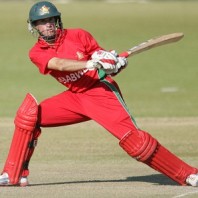 The charged Zimbabwe team led by the sterling performance of Sean Williams and Elton Chigambura, clinched the 2nd ODI vs. Bangladesh and levelled the series.

Bangladesh managed 252 runs with one wicket still in hand at the close of the 50th over and Zimbabwe thrashed 253 for the loss of four wickets with 13 balls to spare.

Sean Williams (Zimbabwe) was declared ‘Player of the match’ for his majestic unbeaten innings of 78.

The second One Day International of the three match series was played on Sunday, May 5, 2013, at Queens Sports Club, Bulawayo.

Earlier, the skipper of Zimbabwe, Brendan Taylor, won the toss and offered the batting to the visitors. The decision paid off instantly when the openers of Bangladesh were gone for just 16 runs in 7.1 overs. Mominul Haque and his captain, Mushfiqur Rahim, joined together and tried to mend the early loss while keeping the score board moving. They did not take any risk and hit a few boundaries as the score reached 60 in 16.1 overs when Mushfiqur Rahim was declared leg before wicket off Elton Chigumbura for 26. The all rounder Shakib Al Hasan was the next batsman in who escalated the run rate as Mominul Haque was dropped at 22 in the 20th over but lost his wicket two runs later.

The fourth wicket went down at 88 after 21.4 overs as Nasir Hossain associated with Shakib Al Hasan and the first hundred of the innings was posted in the 24th over. Shakib Al Hasan became the next victim at 124 after scoring 34 runs and was replaced by Mahmudullah. Nasir Hossain hit the first six of the innings in the 37th over and was caught behind by Taylor off Tendai Chatara for 36 off 53 with 1 six and 2 fours. The visitors lost their seventh wicket at 185 when Ziaur Rahman surrendered for 12 and Abdur Razzak got into bat next. 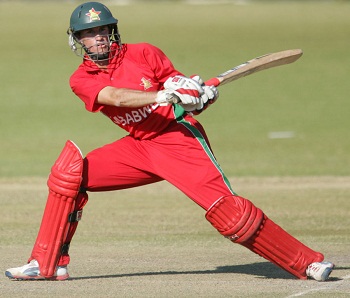 Mahmudullah secured his end with a few runs and Abdur Razzak changed the complexion of the game by dispatching 2 sixes and even fours soon after his arrival. Mahmudullah scored 31 and another wicket fell after that but Abdur Razzak carried on with his onslaught by plundering his maiden ODI fifty in just 21 deliveries in the final over. He remained unbeaten for 53 off 22 balls with 5 mighty sixes and 4 fours as Bangladesh scored 252 for the loss of 9 wickets in 50 overs.

Hamilton Masakadza and Vusi Sibanda started off for the home side in a positive manner by scoring 28 runs in the first four overs. The stumps of Masakadza were broken by Shafiul Islam for 15 as Sikandar Raza appeared in the center. Sibanda hit 4 fours in the following overs and added another two in the ninth one and Sikandar also sent the ball out of the rope thrice. The second wicket partnership took the score to 94 in 16.4 overs when Vusi Sibanda was held lbw off Shakib Al Hasan for 49 off 51 with 7 fours. Sikandar Raza went back to the dressing room without any addition to the total for 23 after 17.2 overs.

Brendon Taylor and Sean Williams consolidated the innings and they crawled to 131 in 28 overs as the latter hit the only six of the innings in the next over. The duo got a few boundaries and reached 167 in 34 fours as Taylor was caught by Mominul Haque at midwicket off Ziaur Rahman for 37 and Malcolm Waller took guard in the park. Sean Williams attained his 11th ODI half century in the 40th over and the score went past the 200 runs mark two overs later. The batsmen speeded up the run rate as the boundaries were being witnessed every now and then. Sean Williams hit the winning single on the fifth delivery of the 48th over as Zimbabwe smashed 253 runs with six wickets remaining. Sean Williams secured his end for 78 off 75 with 1 six and 6 fours and Malcom Waller was at the other side at 12.

Shafiul Islam was the top wicket taker with two whereas Ziaur Rahman and Shakib Al Hasan claimed one each.

Zimbabwe became victorious with a healthy margin of six wickets, the series was levelled at 1-1 and the third and final ODI will be played on May 8, 2013, at the same venue. 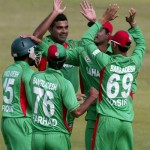 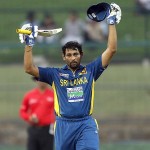 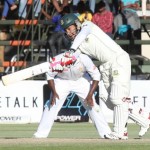