One of the greatest batsmen India ever produced which earned him the title ‘Wall of Indian batting’, Rahul Dravid has hung his boots from international cricket.

He was regarded as the most prolific run getter, man of crises and has led his country to numerous victories in Test as well as One Day Internationals.

The right hand batsman was a typical copy book style batsman who had all the cricketing shots in his armoury. He was a pain for the bowlers as soon as he came in the centre with the bat, a difficult customer to tackle, and the men with the ball used to have a sigh of relief once his wicket was taken after using all the tricks.

The master blaster came back home after the dismal series of Australia where India faced a white wash 0-4 and were humiliated. He was unable to impress in the series and his performances were below par as he scored just 194 runs in eight innings at an average of 24.25, with the best of 68 runs.

Dravid came back home after the Test series as the Blue Shirts were involved in the Commonwealth Bank Series where they were knocked out of the finals. He visualised his future for over a month before coming to the conclusion that it was enough for him and was better to vacate the space for deserving youngsters. He described his decision by saying,

“It wasn’t a difficult decision for me because I just knew in my heart that the time was right, and I was very happy and comfortable in what I had achieved and what I had done. You just know deep down that it is time to move on and let the next generation take over… ”

The 39-year-old represented India in 164 Tests, blasted 13288 runs which are the second highest runs in the all time list followed by the little master, Sachin Tendulkar who has smashed 15470 runs in 188 matches. He has carried an excellent average of 52.31, the best of 270 runs with 36 centuries and 63 fifties.

The top order batsman consulted with his friends, family and assessed his worth in the game before calling it a day. He commented on his decision for quitting from the game by stating,

“I didn’t take the decision based on one series… these decisions are based on a lot of other things, it’s the culmination of a lot of things. I don’t think it’s based on what happened in the last series. For each one it comes differently, for me it’s come with a bit of contemplation, a bit of thought, with friends and family.”

The retirement of Dravid has created a huge vacuum in the Indian cricket and filling the gap will be a difficult task. 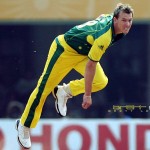 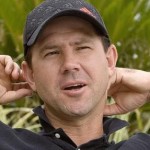