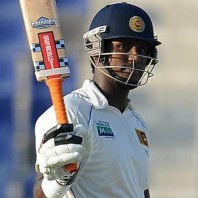 A hard fought century from the Lankan Lions skipper, Angelo Mathews, well assisted by Dinesh Chandimal, brought back his side in the opening Test vs. Pakistan.

The visitors managed 204 runs in their first innings and powered 420 with five wickets remaining in the second whereas the hosts scored 383 in the first one. 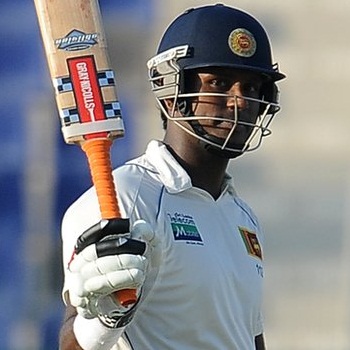 Earlier the Islanders went into bat at 4-186 in 61.3 overs and Angelo Mathews was unbeaten at 24 runs. Dinesh Chandimal joined him in the morning and they started off carefully during the early overs of the day. The score reached 236 after 78 overs and Chandimal went past his fifth Test half century with his seventh four. Mathews hit the first six of the innings in the 79th over and attained his 12th Test fifty in the later overs.

The duo kept on enhancing the score with confidence and the third hundred of the innings was posted in the 103rd one. The match saving association came to an end at 324 when Dinesh Chandimal was caught at deep fine leg by Rahat Ali off Junaid Khan for 89. Prasanna Jayawardene got together with his captain who kept on consolidating. Angelo Mathews thrashed his second Test century in the 133rd over whereas his partner was defending well at his side. Jayawardene secured his end with 48, Mathews was batting at 116 as the Lankan Lions hammered 420 for the loss of five wickets in 148 overs.

Sri Lanka has taken an overall lead of 241 runs with five wickets still available and the pressure has tilted back on Pakistan. 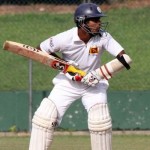 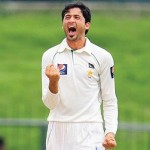