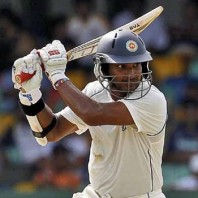 The young gun of Bangladesh, Mominul Haque, blasted an unbeaten hundred in the second innings and guided his team to a draw vs. Sri Lanka in the 2nd Test.

Kumar Sangakkara (Sri Lanka) was declared ‘Player of the match’ and ‘Player of the series’ for his excellent batting. He was the highest run getter in two games, powered 499 runs at an awesome average of 166.33 with two hundreds and one fifty. 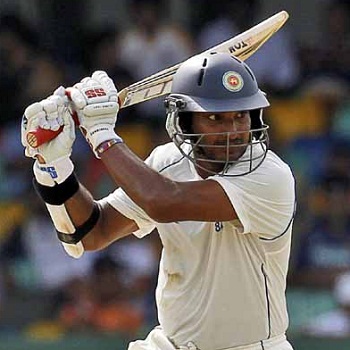 Earlier, the home side started the day at 0-12 in 8 overs while chasing a mammoth target of 467 runs. Tamim Iqbal along with Shamsur Rahman were batting at 7 and 4 but got off slowly in a defensive mode. They crept to 71 in 29.4 overs when the first was gone for 31 and his partner departed 10 runs later for 45. Moniul Haque and Imrul Kayes gathered in the center with a positive approach and took the score to 151. The latter was declared leg before wicket at that point for 25 and was replaced by Shakib Al Hasan.

The duo kept on stabilising the innings as the total touched 204 at tea break and the rival bowlers were unable to get a breakthrough. Mominul Haque smashed his third Test century on the fourth ball of the 85th over when play was called off by the two captains. Shakib Al Hasan remained unbeaten for 43 while the hosts enhanced the score to 3-271.

Dilruwan Perera was the main wicket taker with two and Kithuruwan Vithange got one wicket.

The encounter remained resultless but Sri Lanka lifted the two Test series against Bangladesh at 1-0.