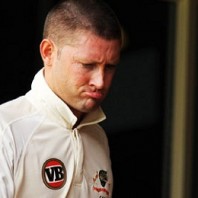 We did not perform well as a team – Michael Clarke

The Australian captain, Michael Clarke, was dejected with his team’s lack of application in the first Test vs. India that was lost by a big margin of 8 wickets.

The Kangaroos surrendered the first Test against the hosts on the last day of the match on Tuesday, February 26, 2013, at MA Chidambaram Stadium, Chepauk, Chennai. They were bowled out twice in the encounter whereas the home side lost 12 wickets and that too after piling up mountains of runs. The visitors scored 380 runs in the first innings which looked like a substantial total on a turning track. The Australians did not bat well as David Warner ended up with a fifty while opening the innings whereas the rest of the four top order batsmen were unable to impress. 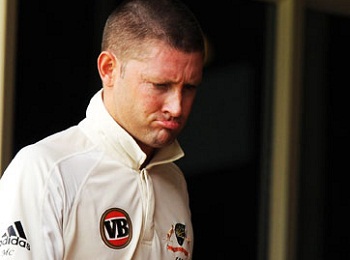 Michael Clarke – Unhappy with the performance of his team

Australia had lost half of their side for 153 mere runs when the debutant, Moises Henriques, got together with Michael Clarke. The duo stabilised the innings with dedicated batting and shared a match saving partnership of 151 runs for the sixth wicket. Henriques achieved his maiden Test fifty and lost his wicket after scoring 68 from 132 balls with 5 fours. Michael Clarke led them from the front by thrashing his 23rd Test ton on the typical subcontinent wicket as the entire Australian team was bundled out for 380 runs. The master off spinner of India, Ravichandran Ashwin, got his best figures of 7-103 in an innings whereas Ravindra Jadeja and Harbhajan Singh claimed 2 and 1 wicket respectively.

The tourists’ batting was unable to sustain the pressure of the rival spin bowling in the second innings and managed 241 runs. Moises Henriques once again rescued his team with a solid unbeaten knock of 81 runs and proved his selection right. Michael Clarke was pleased with the performance of the 26-year-old debutant, Moises Henriques, and praised him by saying,

“I think it’s very exciting the way he’s started. He’s been a very talented player for a long time, and it’s nice to see that potential come to the forefront in his first Test match. He looked very comfortable with both bat and ball, and that’s exciting for Australian cricket going forward.”

MS Dhoni made the real difference and played an anchor’s role when his side needed it most. He came into bat in the first innings of India when they had lost their fourth wicket at 196 runs and the game looked evenly poised. Dhoni joined in with the talented Virat Kohli after the fall of the little master Sachin Tendulkar who contributed 81 valuable runs. The pair lifted the score to 324 when Virat Kohli was caught by Mitchell Starc off Nathan Lyon after thrashing his fourth Test hundred.

Dhoni took over from there, never looked back, and toyed with the Aussies bowling at will assisted by numerous boundaries. He was unstoppable and hammered his career’s best score of 224 not before his side took a decisive first innings lead off 192 runs which counted a lot on the result of the game.

The Australian batsmen once again surrendered against the Indian spin trio of Ashwin, Jadeja and Harbhajan Singh. Ashwin repeated another sterling performance in the match by grabbing five wickets whereas Jadeja held three and Harbhajan Singh added another two wickets in his tally.

The hosts did not find it difficult to score the required 50 runs to win the match and that was reached after losing two wickets.

The Indian spinners grasped all 20 wickets of the tourists that fell in their two innings whereas the only Australian spinner, Nathan Lyon, managed just four wickets in the match by giving away 244 runs after delivering 52.3 overs. The young quick bowler of the Kangaroos, James Pattinson was the most impressive of the lot who secured six wickets whereas the other two fast bowlers, Peter Siddle and Moises, shared one wicket each.

Michael Clarke stood by the selection of the team that comprised three pacers, one medium fast all rounder and a spinner.  The skipper was not impressed by the overall attitude of his team during the first Test in batting and bowling which could have been much better if they had applied themselves properly. He further said,

“Australian spin took three wickets in the first innings. Fast bowling took a lot more. That doesn’t mean to say we got it right by playing three fast bowlers and a medium-pace allrounder. It’s not just about selection. It’s about how you perform. I don’t think we bowled well enough in our first innings, and we certainly didn’t bat well enough in our second innings.” 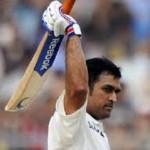 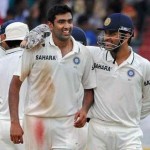 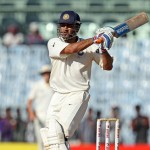