England maintained their supremacy in Test cricket beating Sri Lanka, levelled the two Test series 1-1 and grasped their first win of the winter.

The batting of the Islanders revolved around their Captain Mahela Jayawardene who played an anchor role in both innings. He smashed 105 runs in the first innings when the entire team was bowled out for 275 runs and top scored with 64 when his team managed three runs more than the first innings.

England hammered 460 runs in their first innings and the domination came from Kevin Pietersen who thrashed 151 while Alastair Cook was unlucky to miss his ton by just six runs. The visitors earned a commanding lead of 185 runs and achieved the target of 94 runs by scoring 97 for the loss of two wickets in their second innings.

Kevin Pietersen was unanimously declared ‘Player of the match’ for his superb batting display in the match.

The Lankan Lions skipper Mahela Jayawardene, was rightly declared ‘Player of the series’ for his responsible batting in the series. He was the highest scorer in the series by plundering 354 runs at an exceptional average of 88.50 with the best innings of 180.

The second and last Test of the series was played at P Sara Oval, Colombo on April 3 to 7, 2012 and hundreds of English fans celebrated the victory of their team in the stadium.

Earlier, Sri Lanka started their innings on the fifth day at their overnight score of 218 runs after losing six wickets after 91 overs, Jayawardene and Angelo Matthews were at the crease for 55 and 3 runs respectively. The survival of the home side entirely depended on that partnership and especially they required their captain to stay at the wicket longer while adding sufficient runs.

Matthews survived on the fourth ball of the day when his catch was dropped by Alastair Cook at short leg off Graeme Swann. The duo kept on creeping as Matthews got a life again when Cook dropped him at 12 on the second ball of the 100th over and Swann was the suffering bowler again. England got the first and important breakthrough of the day when Cook accepted the catch at last of the master batsman Jayawardene off Swann. He was gone after demonstrating a patience innings of 64 scored off 191 balls with 4 fours as the seventh wicket fell at 238 runs.

Angelo Matthews scored 46 runs and was the lone fighter as the wickets crumbled at the other end as the whole team was sent back to the pavilion for 278 runs in 118.5 overs.

Graeme Swann was the star performer with the cherry by grabbing 6 wickets and it was only the second time in his 41 Tests career when he held 10 wickets in a match. Steven Finn was the other successful bowler with two wickets as James Anderson and Samit Patel claimed one wicket each.

England required 94 runs to win the encounter and they must have, at the back of their minds, their lowest score of the season when they were bowled out for 72 runs in the second Test against Pakistan and lost the match by 72 on January 28, 2012 at Abu Dhabi. The visitors must have been shocked when the stumps of their skipper Andrew Strauss were uprooted by Tillakaratne Dilshan on the last ball of the first over. The first wicket was lost at just one runs as Cook excelled with the bat while securing his end and sent the ball out of the fence occasionally.

The score was enhanced to 31 runs when Jonathan Trott was gone for five runs after the Islanders claimed a successful review and the batsman was declared leg before wicket off Rangana Herath. Kevin Pietersen came in next and ensured his presence in the field by his positive approach in the game. He dispatched 10 runs in the 16th over from Herath which included one six and a four and led the team to their important win by slaughtering Dilshan for 16 runs in just four balls with a couple of fours and a six.

England achieved the target by clobbering 97 runs in just 19.4 overs at an excellent run rate of 4.93 runs with 8 wickets still in hand. Alastair Cook remained  unbeaten on 49 off 69 balls with 6 fours as Kevin  Piertersen was at the crease with a brisk knock of 42 from 28 deliveries assisted with two towering sixes and 4 fours.

The jubilant English side won the final match by a sufficient margin of 8 wickets, levelled the series 1-1 and maintained their status as the current best cricketing test nation. 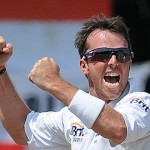