Irfan Pathan shattered the Lankan batting by clinching five wickets in a thriller as India won the 5th ODI and grabbed the no.2 spot in the ICC ODI Championship.

India amassed 294 runs with three wickets in hand at the end of the allocated 50 overs and the Sri Lankan innings was rolled back for 274 runs in 45.4 overs.

Irfan Pathan (India) was declared ‘Player of the match’ for his all round performance in the encounter.

The fifth and final One Day International of the series was played on Saturday, August 4, 2012, at Pallekele International Cricket Stadium. 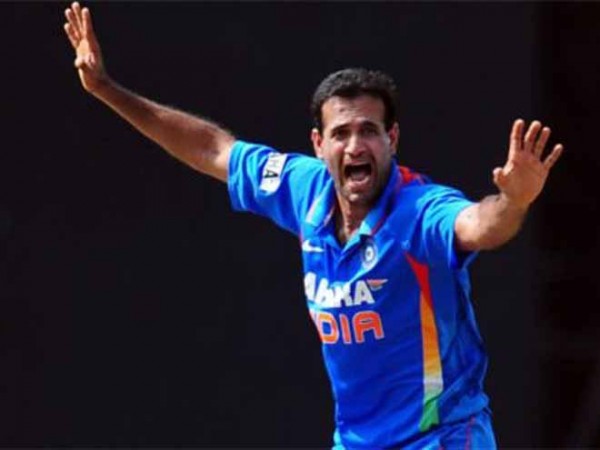 Irfan Pathan – ‘Player of the match’ for his all round performance

Gautam Gambhir and Rahane opened the innings with caution and the latter hit the first four of the innings on the last ball of the fourth over. Gambhir opened his arms with a couple of fours in the following over and the Men in Blue reached 29 at the end of the 5th over. They suffered the first blow when Rahane was declared leg before wicket off Thisara Perera for 9 runs.

Kohli joined in next as Gambhir continued with the onslaught and the score was taken to 75 in 14 overs. Kohli added two runs, became the next victim on the third ball of the next over for 23 and 10 runs later Rohit Sharma was clean bowled by Nuwan Pradeep after scoring just four runs.

The young Manoj Tiwary came in the centre and started playing his strokes as Gautam Gambhir attained his fifty in the 22nd over. The duo kept the score board moving with few boundaries and Tiwary got his half century on the fifth ball of the 35th over with a four. The fourth wicket association contributed 110 runs and enhanced the score to 197 when Manoj Tiwary was caught at short third man by Thisara Perera off Lasith Malinga for 65 scored from 68 balls with 6 fours. The new comer, Suresh Raina, became the next victim of Malinga on the very next ball and Gautam Gambhir went back to the pavilion at 213 in 39 overs at his individual contribution of 88 off 99 deliveries with 7 fours.

MS Dhoni and Irfan Pathan took charge of the situation and the boundaries started flowing from their willows . Dhoni was the most aggressive of the two and punished Perera for three consecutive sixes in the 46 overs. He completed his fifty with a grand six over deep midwicket and was gone in the next over for 58 off just 38 balls with 1 six and 8 fours. Irfan Pathan remained unbeaten for 29 as India hammered 294 for the loss of seven wickets in 50 overs.

Malinga was the most successful bowler with three wickets, Nuwan Pradeep held two whereas Thisara Perera and Sachithra Senanayake claimed one wicket each.

Sri Lanka made a rising start by getting 12 runs in the first over but faced a big casualty when their star opener, Tillakaratne Dilshan was caught by Zaheer Khan at third man off Irfan Pathan for a duck. Lahiru Thirimmane got together with Upul Tharanga and they picked up 16 runs in the sixth over with three fours. Tharanga tried to keep up the pace of scoring but added another misery when he left back once the total reached 61 at his individual feat of 31 from 21 balls with 4 fours.

Thirimanne kept his end secured as the Indian Bowlers became unplayable and the wickets kept on sliding from the other side. The Islanders were reeling at 5-102 in 15.1 overs as Jeevan Mendis provided some resistance with Thirimanne. The score went past 150 after 29 overs and the latter achieved his fifty on the fifth ball of the 31st over with a single.

The two batsmen kept the hopes alive for the Lankan Lions and Thirimanne dispatched two sixes in the 34th over off Manoj Tiwari. The run rate was picked up by the two and especially Thirimanne who was in a dangerous mood. He gathered 13 runs in the first three balls of the 36th over with 1 four and 1 six and the hundred of the partnership was posted on board as well. He was dropped on the very next ball of Zaheer Khan at 80 but was unluckily run out on the fifth ball for 81 off 96 balls with 3 huge sixes and 6 fours.

Thisara Perera was the next batsman in who preferred to fight back and added 12 runs in the 38th over with Mendis while both of them got a four. The latter reached his maiden fifty on the fifth ball of the next over with a four. The match reached its climax as the hosts required 45 off the last 48 balls with four wickets in hand and Jeevan Mendis was in full swing.

India got back into the game when Perera was caught by Virat Kohli off Irfan Pathan on the third ball of the 43rd over for 18.The Fate of  Sri Lanka was sealed when Jeevan Mendis was caught behind by MS Dhoni on the last ball of the same over. Irfan Pathan clean bowled Sachithara Senanayake on the last ball of his spell and the victory for the Blue Shirts looked obvious. The entire Sri Lankan team was bowled out for 274 runs with 26 balls to spare.

Irfan Pathan was the star performer by grabbing five wickets, Ashok Dinda got two and Zaheer Khan chipped in with one wicket.

India won the thriller by 20 runs and clinched the series authentically with a margin of 4-1.