India proved their strength in the only T20 vs. Sri Lanka as the hosts were unable to stop the waves of the flood from the visitors in all aspects of the game.

India thrashed 155 runs with seven wickets still in hand at the end of the metered 20 overs and Sri Lanka were knocked out for just 116 runs with 12 balls to spare.

Irfan Pathan was declared ‘Player of the match’ for his excellent bowling spell in the game as he clinched three important top order wickets. 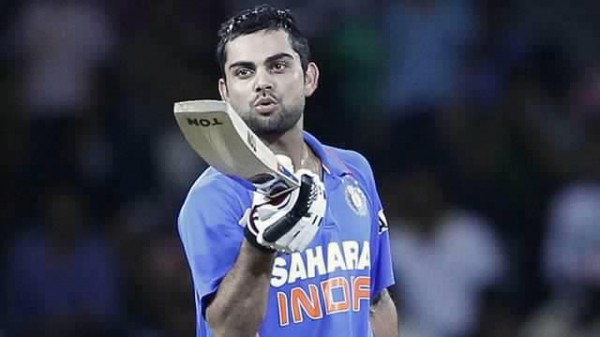 The only Twenty20 was held on Tuesday, August 7, 2012, at Pallekele International Cricket Stadium.

Earlier, Mahela Jayawardene, the skipper of Sri Lanka, won the toss and opted to chase the target set by the Blue Shirts. The Indians faced an early blow when Gautam Gambhir was clean bowled by the debutant Shaminda Eranga for just six runs. The first wicket fell at seven runs as the man in a dangerous form, Virat Kohli, appeared on the scene and joined with Ajinkya Rahane.

Kohli opened his account with a four in the third over, added another boundary on the very next ball and punished Eranga for 3 fours in the following over. He continued with the onslaught as Thisara Perera went through a harsh treatment from him in the sixth over by receiving three consecutive fours. Rahane assisted him well from the other end while dispatching the first six of the innings in the 8th over as Virat Kohli smashed his fifty on the first ball of the 11th over with a four.

The duo enhanced the score to 81 in 11.3 overs when Ajinkya Rahane was caught and bowled by Jeevan Mendis for 21 runs. Suresh Raina came in next as Kohli continued in his aggressive manner, they gathered 16 runs in the 13th over with 3 fours and contributed 48 runs for the third wicket in five overs. Kohli became the second victim of Eranga for 68 off 48 mere balls with 1 six and 11 well timed fours.

Suresh Raina remained unbeaten for 34 off 25 deliveries with 1 six and 3 fours, MS Dhoni secured the other end with 16 as India amassed 155 runs for the loss of three wickets at the end of the 20th over.

Shaminda Eranga was the most impressive bowler with two wickets and Jeevan Mendis got one wicket.

Irfan Pathan opened the bowling for the Men in Blue and shook the foundations of the Islanders by clinching the top two wickets of Tillakaratne Dilshan and Upul Tharanga in the first seven balls he bowled. Mahela Jayawardene dispatched 4 fours in the fourth over bowled by Umesh Yadav. Irfan Pathan struck back again on the second ball of the next over as Jayawardene was declared leg before wicket for 26 runs off 19 deliveries with 5 fours.

Lahiru Thirimanne and Angelo Mathews tried to consolidate the innings and got 13 runs in the sixth over with two fours. They tried to force the pace and took the total to 68 when Thirimanne was clean bowled by Ravichandran Ashwin for 20 runs. Mathews was the next batsman who went back to the pavilion after scoring 31 off 29 balls with 3 fours.

The Indian bowlers took over from there and ripped through the batting of Sri Lanka who have no answer to the lethal bowling of the visitors. The innings of the entire team was rolled back for 116 runs in exact 18 overs.

Ashok Dinda was the highest wicket taker by grabbing five, Irfan Pathan added three to his tally whereas Umesh Yadav and Ravichandran Ashwin shared one wicket each.

Sri Lanka looked like a subdued team and powerful India humiliated them with a big margin of 39 runs. 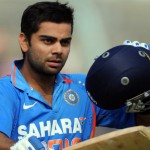