The hard work of the bowlers from both sides kept aside a result in the second Test aided by a wicket full of runs and by continuous rain interruptions.

Pakistan declared their first innings after putting on board a mammoth total of 551 runs with four wickets in hand. They made a rather late declaration in the second innings after scoring 100 runs for the loss of two wickets.

Sri Lanka scored 391 runs in their first innings and managed 86 after losing two wickets while chasing a target of 261 runs when the match was called off after 22 overs. 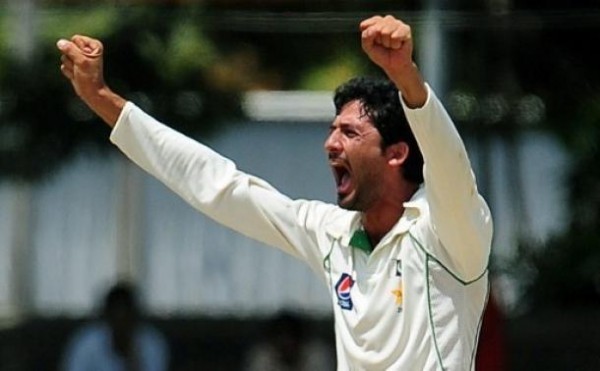 Junaid Khan (Pakistan) was declared ‘Player of the match’ as he was the only bowler from either side who grabbed five wickets in an innings.

The second Test came to an end on Wednesday, July 4, 2012, at Sinhalese Sports Club Ground, Colombo.

Earlier, the Islanders started the fifth and final day at 278 for the loss of five wickets in 85.4 overs, Kumar Sangakkara was unbeaten for 144. Angelo Mathews came out with Sangakarra as Pakistan was looking for the early wickets and Abdur Rehman completed the unfinished 86th over. The batsmen found it hard to score the runs freely and gathered just six runs in the first 7.2 overs.

Mathews scored the first boundary of the day in the 94th over as Sangakkara reached his 150 mark in the same over. The flow of runs started after the 100th over, both batsmen were getting full use of the loose deliveries and Mathews clinched the first six of the day in 107th over. Sangakkara kept on creeping at the other end and the follow on was avoided in the 113rd over after the home side went past 351 runs.

The sixth wicket was lost at 370 runs after a solid partnership of 92 runs when Angelo Mathews was caught behind by the wicketkeeper Adnan Akmal off Junaid Khan for 47. Kumar Sangakkara was gone after the addition of eight runs to the total after thrashing 192 runs and the whole Sri Lankan side was bowled out for 391 runs in 124.4 overs.

Pakistan initiated their second innings with their regular openers Mohammad Hafeez and Taufeeq Umar as the first was dropped in the fourth over by the wicketkeeper Prasanna Jayawardene off Nuwan Pradeep for six runs. The run rate was picked up by the two batsmen and Taufeeq Umar got a couple of fours in the 10th over. The first wicket fell at 51 when Hafeez was caught at square leg by Tillakaratne Dilshan off Suraj Randiv for 21.

Abdur Rehman was promoted up in the order to get some quick runs and delivered that by sending the ball out of the rope frequently. He added 10 runs in the 15th over with one six and one four but finally lost his wicket for 36 scored off 22 balls with three huge sixes and even fours.

Taufeeq Umar remained unbeaten for 42 as Misbah-Ul-Haq declared the second innings at 100-2 after 18 overs.

Pakistan set a target of 261 runs for Sri Lanka in the possible 37 overs as Tharanga Paranavitana and Dilshan opened the innings. The first hit two consecutive fours in the initial over of the innings bowled by Junaid Khan and the latter got a four in the next over. They took the score to 48 as Dilshan was declared lbw off Rehman for 28 when Kumar Sangakkara appeared on the scene.

Pranavitana became the second victim when Saeed Ajmal got his wicket after he had scored 32 runs and Mahela Jayawardene joined in with Sangakkara. The score was enhanced to 86 in 22 overs when both captains decided to call it a day and the Test ended in a draw.

Sri Lanka is leading the three Test series 1-0 by winning the first Test at Galle on June 25, 2012 by a huge margin of 209 runs. The third and final Test of the series will commence from July 12, 2012, at Pallekele International Cricket Stadium. 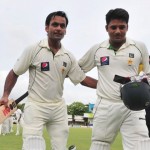