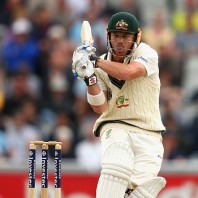 The touring Australians anticipate their maiden win in the series against England, subject to favourable weather, after losing the first two Investec Tests.

Australia piled up 7-527 runs in their first innings followed by 172 for the loss of seven wickets in the second. England was bowled out for 368 runs after playing 139.3 overs.

Earlier, England started the day at 7-294 after 120 overs whereas Matt Prior and Stuart Broad were unbeaten for 6 and 9 respectively. They got off nicely and reached 320 after 127 overs with 4 fours while Broad hit three boundaries in the next one. He became the first victim of the day on 338 at his individual feat of 32 as Graeme Swann walked in the park. Matt Prior was the last batsman to be dismissed for 30 when the first innings of the hosts was squeezed for 368 after 139.3 overs. 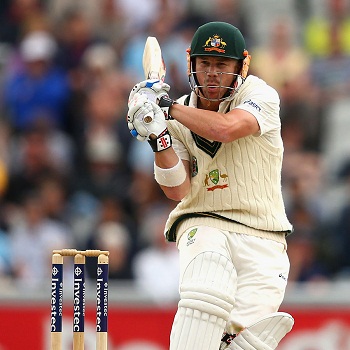 Australia gained a first innings valuable lead of 159 runs and they suffered an early blow in the second when Chris Rogers was gone for 12. Usman Khawaja got in next as Warner was playing an aggressive knock at the other end. The latter hit 5 fours until the 14th over and Khawaja tasted his first boundary in the next one. David Warner was caught by Joe Root at deep square leg off Tim Bresnan at 74 after scoring 41 off 57 deliveries with 5 fours.

Shane Watson associated with Khawaja and they crept to 99 in 22.4 overs. Usman Khawaja was clean bowled by Swann at that point for 24 and Watson followed him four runs later for 18. The two competent middle order batsmen, Michael Clarke and Steven Smith joined together in the center and put their heads down to consolidate the innings. Smith tried to force the pace of scoring by dispatching two sixes in the coming overs but was unluckily run out at 19 as the score touched 133.

The Aussies skipper, Michael Clarke, secured his end as the English bowers continued penetrating through the late order batting of the visitors. Clarke was still batting at 30 off 32 with one four as the visitors managed 172 in 36 overs with three wickets still remaining.

James Anderson and Tim Bresnan were the chief wicket takers with two wickets each whereas Stuart Broad and Graeme Swan shared one wicket each.

Australia is in a commanding position with an overall lead of 331 runs and they must declare their second innings within 30 minutes on the final day to get a positive result of the match.