The stand in captain of India, Virat Kohli, hailed the performance of his unit in the 2013, West Indies Tri-Nation Series after standing on top of the table.

The final pool match was played on July 9, 2013, at Queen’s Park Oval, Port of Spain, Trinidad between India and Sri Lanka. The Blue Shirts outplayed the Lankan Lions in every department of the game by a gigantic margin of 81 runs as per Duckworth/Lewis method.

India was asked to bat first after the Sri Lankan captain, Angelo Mathews, won the toss. The prominent opener, Shikhar Dhawan, lost his wicket at 27 in 6.2 overs after contributing 15 runs when Virat Kohli got together with Rohit Sharma. The duo did not panic and crafted their innings under certain plans while keeping the score board moving with a few boundaries. Sharma got a life in between his innings but utilized the chance at his best along with nice collaboration with his partner. They put together 49 runs on board before Virat Kohli was dismissed for 31 from 52 deliveries comprising 4 fours.

The innings of the Men in Blue was disturbed by rain and the event was restricted to 29 overs. Rohit Sharma remained unbeaten after a smooth knock of 48 as the score reached 119 for the loss of three wickets.

The game was further reduced to 26 overs and the Islanders were handed over a complicated task of scoring 178 runs from 26 overs under the D/L method. Bhuvneshwar Kumar became a nightmare for the rival batsmen and ripped through their top order batting by grabbing his career’s best figures of 4-8 after utilising his full quota of six overs. The rest of the bowlers of India including Ravindra Jadeja and Ishant Sharma penetrated through the middle and lower order batting of Sri Lanka and their innings was folded back for 96 mere runs in 24.4 overs.

Virat Kohli was pleased with the performance of his team and encouraged them by saying,

“When Rohit and I were playing, we just wanted to play ourselves in. It paid in the end, because we had wickets in hand, and it worked in the D/L calculations in our favour. Then the bowlers responded beautifully. Full credit to them.”

The team India started the event badly by losing their both opening games against the hosts West Indies and Sri Lanka. The first game was played vs. West Indies on June 30, 2013, at Sabina Park, Kingston, Jamaica, and the home side won the interesting battle by just one wicket. The Blue Shirts lost their consecutive pool match against the Lankan Lions by a mammoth margin of 161 runs on July 2, 2013, at the same venue.

The Men in Blue did not look back after that and won the remaining two games. They beat the Caribbeans by a big difference of 102 runs (D/L method) on July 5, 2013, at Queen’s Park Oval, Port of Spain, Trinidad. The winning spree was continued by India in the encounter against Sri Lanka and the rival team was crippled all ends up on July 9, 2013, at Port of Spain.

Virat Kohli adored the achievement of his side after coming back in the Tri-Nation series in a commanding way and grasping the top position on the chart. He further said,

“To bounce back like this and finish at the top of the table is a commendable effort. I am very proud of the team. We have shown a lot of character. When three good teams are playing in the tournament, anything can happen. We were never bothered about the rain delays. Our performance showed what happens when one executes their plans properly.”

The final of the West Indies Tri-Nation Series, 2013, will be played between India and Sri Lanka on July 11, 2013, at Queen’s Park Oval, Port of Spain, Trinidad. 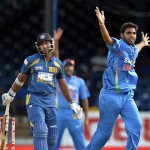 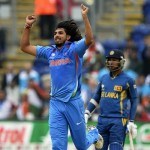 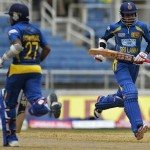