Pakistan blew out Bangladesh in a nail biter by 21 runs in the opening match of the Asia Cup 2012 besides poor show by their middle order batting.

Mohammad Hafeez was declared ‘Player of the match’ duo his all round performance in the match as he smashed 89 runs and held two wickets.

The match was played at Shere Bangla National Stadium, Mirpur on March 11, 2012.

Earlier, Bangladesh skipper, Mushfiqur Rahim won the toss and put Pakistan in to bat with an anticipation of getting few early wickets on a fast looking track. The Green Shirts initiated the innings with Mohammad Hafeez and Nasir Jamshed who started off sensibly. They collected just 36 runs in the first 10 overs but most importantly, did not lose any wicket.

They kept on creeping with the odd boundaries and managed 97 runs at the end of the 20th over. The first hundred was completed on the first delivery of the next over.  Hafeez earned a four and achieved his half century and Nasir scored his fifth fifty on the fifth ball of the 26th over.

Pakistan lost their first wicket when Nasir was unluckily run out as Shakib Al Hasan dislodged his stumps on a direct throw from point. He scored 54 off 64 balls which included one six and 5 fours not before laying down a solid foundation of 135 runs for the first wicket. The Green Shirts were unable to utilise the golden opportunity of putting a healthy total on board and their batsmen looked in a hurry.

The Bengal Tigers bowled magnificently and screws were tightened as Hafeez became the third victim for 89 off 126 deliveries assisted with 7 fours. The middle order frazzled as the wickets kept on tumbling until Srfraz Ahmed and Umar Gul put their heads down.

Gul became more aggressive and demonstrated a hurried knock of 39 from 25 balls which comprised one six and 5 fours while sharing a valuable partnership of 53 runs for the eighth wicket. Sarfraz remained unbeaten on 19 as Pakistan recovered by scoring 262 runs with two wickets in hand at the close of the 50th over.

Shahadat Hossain was the leading wicket taker with three, Shakib got two as Mashrafe Mortaza and Abdur Razzak shared one wicket each.

Bangladesh openers Tamim Iqbal and Nazimuddin went in to the field with positive frame of mind and responded with 22 runs in the initial seven overs. The latter opened his arms from the eighth over and dispatched 14 runs which included one six and two fours.

The first wicket associated 45 runs as Nazimuddin was caught by Umar Gul at third man off Aizaz Cheema for 30 off 33 with one six and 4 fours. Tamim was going well at the other corner as Jahurul Islam joined him and they enhanced the total to 90. Jahurul was clean bowled for 23 runs by Shahid Afridi when the duo was looking dangerous.

The Green Shirts spinners took over and the wickets were at the slide as the batsmen were unable to read the variety of spin. The local crowd was shocked as they lost their fourth wicket when Tamim was bowled by Mohammad Hafeez for 64 off 89 with one six and 6 fours.

The fourth wicket was lost at 135 and Hafeez claimed another wicket on the next ball when Mahmudullah was declared leg before wicket for a duck.

Bangladesh was in desperate situation when one of the most wonderful all rounder in the game, Shakib Al Hasan and promising Nasir Hossain took the challenge. They kept the score board moving until the 36th over as the batting power play was introduced.

They managed 36 runs in the five overs and kept on cruising while sending the ball out of the rope occasionally. The sixth wicket partnership contributed 79 useful runs and the Green Shirts were anticipating wickets when Nasir was bowled by Umar Gul for 47.

The sixth wicket fell at 224 runs and the Bengal Tigers were still in the match as Shakib was enhancing the total. He was stranded at one end as the dangerous duo of Umar Gul and Saeed Ajmal ripped through their tail. Shakib was the last batsman who went back to the pavilion for 64 off 66 balls with 4 fours as their innings came to an end with 11 balls to spare.

Pakistan won the thrilling encounter by 21 runs but their middle order batting has to perform well in the encounters against Sri Lanka and India to attain positive results. 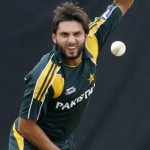 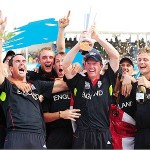