Pakistan scored 262 runs in their allotted quota of 50 overs and has given a tough task to Bangladesh for leveling the series 1-1. 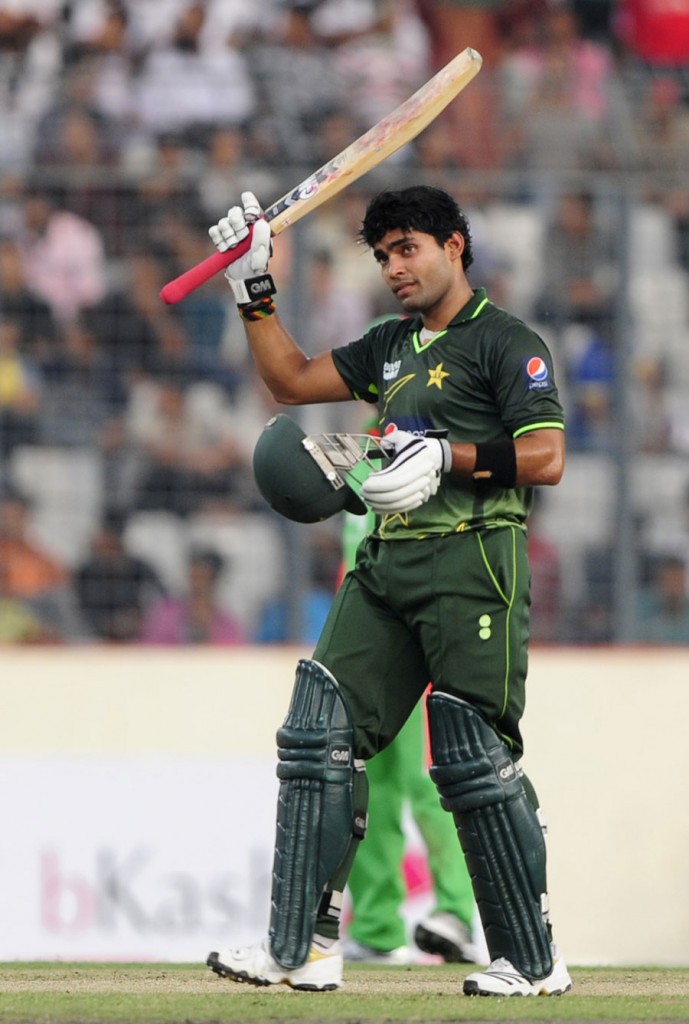 The second One Day International of the three match series is being played at Shere Bangla National Stadium, Mirpur on December 3, 2011.

Pakistan Captain Misbah-Ul-Haq won the toss and elected to bat first on a pitch which has not favoured the batsmen in the previous encounters.

The innings was opened with their regular openers Mohammad Hafeez and Imran Farhat and they scored six runs in the first over off Shafiul Islam. Farhat was the first blow for Pakistan in the third over of the day when he was caught smartly by Nasir Hossain at backward point off Shafiul for just four runs.

The first wicket fell at 12 runs when the most experienced batsman of Pakistan Younis Khan appeared on the scene.
The run rate was slow in the first 10 overs as they could compile a total of 29 runs which were hard to earn on a slow wicket. First fifty of the innings was achieved in the 15th over when Hafeez dispatched a four on the second ball.

Hafeez was more aggressive of the two while Younis was doing well and contributing useful runs from the other end. The partnership was broken once Hafeez was caught by Imrul Kayes at mid-on off Rubel Hossain on 32 runs which included six fours. They shared a partnership of 57 runs which brought some stability to the innings as Misbah came in and joined with Younis.

Bangladesh Captain introduced all spin attack of Abdur Razzak and the debutant Elias Sunny and the flow of runs was controlled. Younis was declared leg before wicket off Razzak on the first ball of the 26th over after his personal contribution of 37 runs.

The ever promising Umar Akmal dropped in next and started watchfully to get accustomed with the strip. He changed his gears and accelerated the runs rate by getting boundaries every now and then.

Umar completed his fifty on the first ball of the 38th over by sending the ball along side ground out of the third man. He could not carry on from a solid platform and lost his wicket after scoring 59 brisk runs off 54 balls with the help of five fours and a six.

The fourth wicket contributed important 83 runs when out of form Shoaib Malik joined in with Misbah. They added just 17 runs as Misbah has to leave the field after scoring 37 runs and ‘Boom Boom’ Afridi replaced him.
Malik once again failed to impress and was sent back to the pavilion at 17 runs off 20 balls.

Afridi took over from thereon, played his natural aggressive game and thrashed 42 runs off 27 balls which comprised two huge sixes and three fours.

Pakistan piled up as healthy total of 262 runs for the loss of seven wickets in 50 overs.

Bangladesh batsmen have to negotiate well with the lethal bowling attack of Pakistan to win the match whereas the visitors will try to win the ODI and series 2-0.