The West Indies Cricket Board has notified its team that will take part in the ODIs vs. England and Chris Gayle has made a comeback after a long absence.

Chris Gayle was sidelined from the team due to some administrative matters but after a few long thoughts and the involvement of some political figures, he was finally recalled to strengthen the demoralised team. The West Indies Cricket Board was pleased to include the master blaster in the side with the hope that he will make an impact during the forthcoming series against England. The spokesman of the WICB said,

“The board believes that Mr Gayle’s stated commitment to West Indies cricket will be an asset to the team and looks forward to his contributions in that regard.”

Gayle put himself in hot waters after he criticised publically the West Indies coach Ottis Gibson and the policies of the WICB during a radio interview.

The 32-year-old is an attacking batsman by nature and his presence at the crease means humiliation for the rival bowlers. He is a thundering batsman, a crowd puller and makes his presence felt in every encounter he takes part. His team finds itself up in the skies once he is at his best and mostly struggles if he goes back to the pavilion early.

Gayle made his debut vs. India on September 11, 1999 at Toronto Cricket, Skating and Curling Club and managed just a single in his first outing while playing in the middle order. He took part in the last game against Pakistan in the ICC Cricket World Cup – 1st quarter final played on March 23, 2011 at Shere Bangla National Stadium, Mirpur and scored 8 runs.

Chris Gayle was a prominent member of the Royal Challengers Bangalore in the recently concluded Indian Premier League 2012 and was the highest scorer in the tournament. He hammered 733 runs at an awesome average of 61.08 and the best of unbeaten 128 with seven fifties. He is in great nick at the moment and can create a lot of problems for the England bowlers during the ODI series.

The WICB was buoyant with the availability of Gayle for the ODIs and stated,

“Directors of the West Indies Cricket Board recently met by teleconference and are pleased that consistent with his previous commitment Mr Chris Gayle has made himself available for selection to the West Indies team.”

Lendl Mark Platter Simmons is another notable batsman who was included in the team and was born on January 25, 1985 in Port of Spain, Trinidad. He is a right hand batsman and an occasional right arm medium fast bowler who has played for West Indies, West Indies A and Trinidad & Tobago. He is an outstanding opening batsman and has demonstrated quite a few valuable innings for the country during his short career.

The 27-year-old made his debut in ODIs vs. Pakistan on December 7, 2006 at Iqbal Stadium, Faisalabad and appeared in his last game vs. India on December 11, 2011 at MA Chidambaram Stadium, Chepauk, Chennai.

The Caribbeans will form a strong unit with the inclusion of Andre Russell, Kieron Pollard, Dwayne Bravo and the find of the tournament Sunil Narine as all of them have performed excellently in the Indian Premier League 2012. The all rounder, Darren Sammy, who has developed into a matured cricketer, will lead the side. The first ODI of the three match series will be played at The Rose Bowl, Southampton, on June 16, 2012. 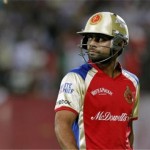 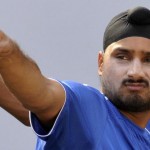 Time for Harbhajan Singh to shine