A destructive sixth wicket partnership between Dinesh Karthik and MS Dhoni followed by a lethal bowling spell by Umesh Yadav crushed the Australians at Cardiff.

India hammered 308 runs with four wickets still in hand at the end of the measured 50th over and the Australian innings was squeezed for 65 in 23.3 overs.

MS Dhoni, the skipper of India, won the toss and elected to bat first on a good looking surface. The decision bounced back when they lost two wickets for just 15 runs in 4.3 overs. Murali Vijay was declared leg before wicket off Mitchell Starc for 1 and Virat Kohli was gone for 9 runs. Rohit Sharma and Shikhar Dhawan took the score to 39 when Clint McKay got two important wickets in the 10th over. Rohit Sharma and Suresh Raina were clean bowled on the second and sixth deliveries for 9 and 0 runs. Dhawan became the next victim at 55 after scoring 17 runs and the Men in Blue were struggling at 5-55 in 16.1 overs.

Dinesh Karthik and MS Dhoni held their nerves and kept the score board moving slowly. Dhoni hit the first six of the innings in the 22nd over and the score went past the hundred runs mark in the 25th one. The boundaries started pouring in and Dinesh Karthik reached his fifty, ten overs later and added 11 runs in the 37th over with 1 six and 1 four. Dhoni registered his half century in an attacking mode by dispatching 17 runs in the 40th over with 2 grand sixes and 1 four and Karthik rushed to his century in the 42nd with a couple of fours.

The Australian bowling attack was under fire as both batsmen were sending the ball out of the fence regularly. The sixth wicket partnership produced 211 runs as MS Dhoni was caught by Mitchell Johnson at long off on the bowling of James Faulkner for 91 from just 77 balls with 4 mighty sixes and 6 fours. Dinesh Karthik remained unbeaten for 146 off 140 with 1 six and 17 well timed fours as India marshalled to 6-308 in 50 overs.

Mitchell Starc and Clint McKay were the chief wicket takers with two wickets each whereas Mitchell Johnson and Jean Faulkner shared one wicket each.

The Kangaroos had a disastrous start as they lost three top order batsmen against the hostile pace bowling of Umesh Yadav. Matthew Wade, David Warner and their captain, George Bailey, surrendered for 5, 0 and 1 run respectively. Adam Voges and Phillip Hughes provided 19 runs partnership for the fourth wicket before the latter was clean bowled by Yadav again for 14. Voges was a lone fighter as the rest of the batsmen practiced how to walk in the center and go back to the dressing room.

The second biggest partnership of 16 runs was recorded between Voges and James Faulkner. The Indian bowlers ripped through the strong looking batting of the Aussies and Adam Voges was the last batsman to be dismissed for 23. The entire Australian team was sent back to the pavilion for 65 runs with 26.3 overs to spare.

India clinched the confidence building encounter with a wide margin of 243 runs and stunned the Australians in the field. 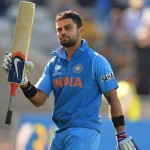 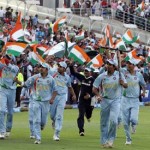 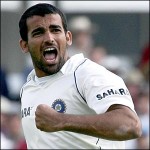